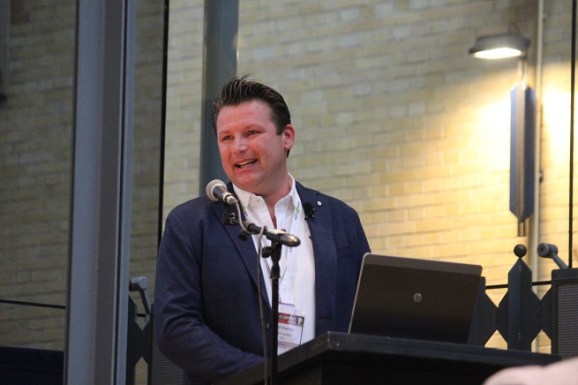 Disclosure: The Dutch government paid my way to Casual Connect Europe, where I moderated a session. Our coverage remains objective.

AMSTERDAM — After a tough few years wrestling with technology, Spil Games says that HTML5 games are ready for prime time.

Erik Goossens, the chief executive of Hilversum, Holland-based Spil Games, said in a talk at Casual Connect Europe that his company will publish more than 1,000 HTML5 games by the end of the year. The company already published 200 games based on the format, which is the lingua franca of the modern web, in 2013. It is licensing more than 100 HTML5 games a month or building them internally.

If that sounds like a lot, it is. But Spil Games has always focused on a large quantity of games. The company has a library of 5,000 Adobe Flash games published on the web, with the primary target being women and girls. But those games don’t work on tablets or phones.

“That really sucks for our business,” Goossens said. “The obvious route was HTML5.”

But early HTML5 games didn’t work that well. Games based on the WebGL format can use 3D hardware in a mobile device, but there’s a smaller subset of devices that are capable of running WebGL games. But over time, as with the previous Java format, the hardware capabilities of mobile devices are getting better, and more devices can run HTML5 games properly.

“We invested money in this and found some developers who could do it,” Goossens said.

The company created a $5 million fund to finance HTML5 games, and now “we are building a shitload of HTML5 games,” Goossens said.

Let’s hope they’re good. Goossens said the company’s most recent game, 1001 Arabian Nights, is a remake of the Flash version.

“And it is better than the Flash version,” he said.