Disclosure: The Dutch government paid my way to Casual Connect Europe, where I will moderate a session. Our coverage remains objective.

These ads are strategically placed during “cliffhanger moments,” or exciting parts of a free-to-play game. Spil Games said the new platform will generated substantial earnings for developers without taking the focus away from game development. As such, it is a way for developers to offset the growing cost of making games and low returns from app stores. The platform will launch on the web first, and then it will move to mobile. Spil recognizes the fact that in 2013, the amount of time spent online exceeded the amount of time spent watching TV.

Erik Goossens, the CEO of Spil Games, said, “We designed the Spil Games Platform to appeal to indie developers wanting an alternative and lucrative way to make money and find huge and engaged audiences. It takes the strengths we’ve built up over the years – from deep insights into our audience of 180 million MAUs to state of the art advertising technology – and combines that with a business model that makes indie developers thrive. We think this will be a highly profitable new revenue source for developers.”

The company launched the new platform at the Casual Connect Europe game event in Amsterdam. Spil, which publishes casual games on a variety of platforms for broader audiences such as girls, says developers will get access to its 180 million monthly active users as well as its audience of millions at its publishing partners. The ad monetization will eventually run across a variety of platforms, and it will come with analytics and personal consultation to monitor game performance and optimize in-game ad placements.

In a talk at Casual Connect Europe, Goossens said that the business of making games became a lot more complex in 2013, with free-to-play games coming to the fore. But it isn’t easy to make money, and mobile game developers are sending out more spam than ever to get new users. The costs of user acquisition have risen from $1 to about $4 at the end of December.

“That makes for rough seas if you are an indie developer,” Goossens said. “Production values are spiraling up, and there is so much competition.”

Spil will also have a portal for generating revenue updates and easy-to-use applications programming interfaces to trigger ads at cliffhanger moments.

Developers have already participated in a pilot launch for the platform and seen “amazing results,” the company said. One developer is on track to boost standard revenue by a six-figure sum.

Hunter Hamster Studio, whose Snail Bob game has had more than 600 million plays, is a member of the pilot program. Its co-founder, Andrey Kovalishin, said, “Through the Spil Games Platform, we got a great additional revenue stream that allowed us much more freedom to be creative, experimental, and polish new titles. This ongoing additional revenue is something that really helps indie developers to hold on to their IP and work on new games with an element of financial security.” 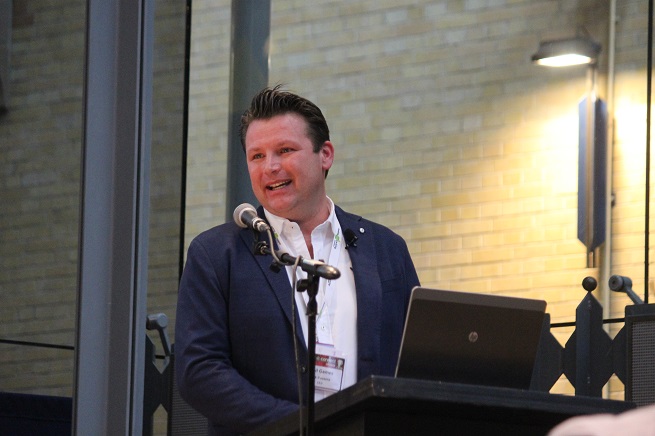 Above: Erik Goossens of Spil Games