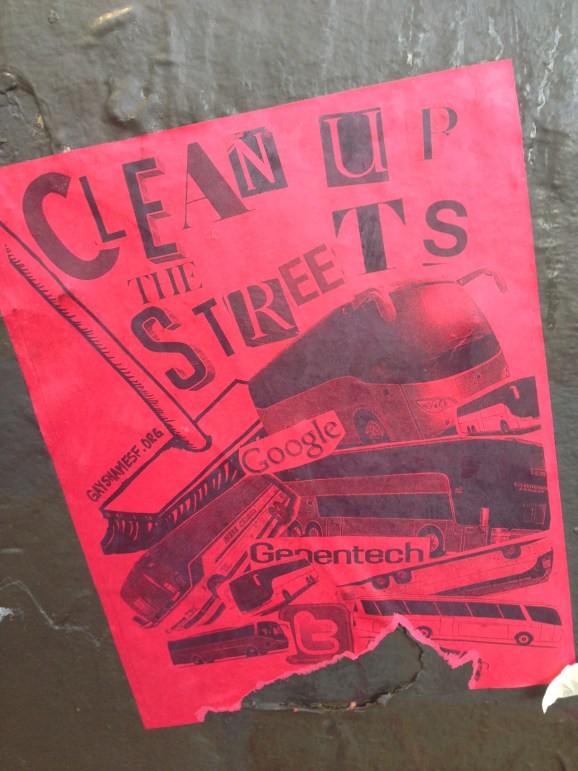 Despite its mantra of disruptive innovation, Silicon Valley has become an institution. Venture capital has matured, IPOs have stabilized, and incubators are reliably churning out generation after generation of paradigm-shifters.

But some say that Silicon Valley remains incapable of maturing at a pace commensurate with its influence. Entrepreneur and professor Vivek Wadhwa points to the tone-deafness of the region’s movers and shakers in the face of skyrocketing housing prices and burgeoning inequality as signs that the region is overly absorbed in its own self-congratulation.

Wadhwa was one of many people raising these concerns at this year’s State of the Valley conference, which serves as a regional think tank identifying issues and challenges unique to the Valley. Indeed, inequality was the buzzword of the event, which took place Friday. [Correction: Wadhwa was not interviewed at the event; we spoke to him separately for this story. An earlier version of this story also incorrectly identified him as a speaker at the event.]

“Silicon Valley has always been this arrogant, but the public patience for it has come to an end,” Wadhwa said. “The world is now expecting the Valley, and the boy’s club in particular, to grow up and behave like a responsible group of people who are sensitive to the needs of society.”

Wadhwa’s comments come in the wake of certain out-of-touch statements made by Tom Perkins, a major figure in the world of venture capital. This year’s State of the Valley conference attempted to broach the topic of inequality multiple times during keynote speeches but avoided proposing private sector solutions.

“The only people who can enter this economy now are high earners,” Russell Hancock, founder and president of Joint Venture, which hosts the conference, told the crowd of Silicon Valley’s business elite. “We used to be characterized by middle class professions. Now we’re the classic hourglass economy.”

“Economic success is not enough. Rising tides do not lift all boats,” Carson said. “We have to have intentional public policy. It doesn’t just happen because the market is growing.”

But what can public policy do? Tracey Grose, vice president of the Bay Area Council Economic Institute, says that the public sector is stretched about as far as it can go.

“When the public sector can’t fill needs, the private sector steps in,” Grose said, referring specifically to the much-maligned Google Buses that have become a focal point of anti-tech industry furor. “If anything, these buses are symbolic of the breakdown of the public sector and its traditional roles. They’re being asked to do more and more with less and less.”

The Silicon Valley public sector has been struggling with the burdens of reduced tax revenues and expanding populations for some time now, and Wadhwa says that it’s high time for the Silicon Valley technical class to exercise some corporate social responsibility.

“It isn’t happening fast enough. Silicon Valley isn’t giving back,” Wadhwa said. “It has to realize that it has a social responsibility; they have to start volunteering, donating money to fund new shelters, being active in the local community. “

Hancock says that it’s unrealistic for the region to expect social advocacy from corporations, however.

“By definition, a corporation is not an entity with a conscience,” said the Joint Venture founder. “It exists to maximize return value to its shareholders. People might say that a corporation has certain responsibilities, but it’s a lot of well-wishing in the face of financial reality.”

Financial reality is a lot harsher for some inhabitants of the Silicon Valley area, though. The average home price in San Mateo and Santa Clara counties is over $700,000, and that figure continues to rise steadily. Income discrepancies between racial groups continue to widen, and the median income of women in the region is astronomically lower than that of men — for an individual with a bachelor’s degree or higher it’s the difference between $136,000 and $78,672. 2013 saw the construction of over 8,000 new housing units, but it also saw the influx of 33,000 new residents.

These are all statistics pulled from the annual Joint Venture Index, and the message behind them looks poised to gain even more traction.

“You’re seeing resentment growing,” Wadhwa said. “People are speaking up and expecting more, and making things miserable for the old guard. Corporate social responsibility is the only way to stop this, but [Silicon Valley] doesn’t have any clue as to what CSR means.”

University of Southern California professor and author Manuel Pastor pointed out that it is in the tech community’s best interests to invest in the region that houses it, and critiqued the community’s shortsightedness during his keynote at the State of the Valley conference.

“The reason we should do something about this isn’t just liberal sentiment or moral values,” Pastor said. “The old conventional wisdom, that inequality was good for economic health? Turns out it’s not. Studies are showing that countries that are more equitable sustain more growth over time.”

Emiliano Vazquez is a Stanford Journalism graduate student and a current VentureBeat intern.