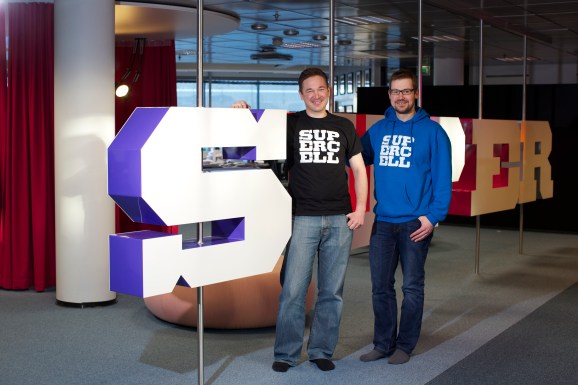 Supercell pulled in nearly $1 billion in 2013 -- and that came from just two games.

Supercell is showing you can make a lot of money — hundreds of millions, in fact — with just two games.

Clash of Clans maker Supercell turned out an extremely impressive financial performance in 2013, with $464 million in pretax profits on revenue of $892 million. That is four times the profit and eight times the revenues of 2012 figures.

The Helsinki, Finland-based mobile game company reported the figures on an annual basis, as required by Finnish law. (Supercell received a government loan when it formed in 2010). The $464 million in earnings before income tax, depreciation, and amortization showed that the company has its costs well under control and that it’s still going strong with just two games: Clash of Clans and Hay Day. Supercell paid $345 million in taxes to Finland in 2013, largely because it received an investment from Japan’s SoftBank, a telecommunications firm that counts game developer GungHo Entertainment (the creator of the multimillion dollar mobile hit Puzzle and Dragons).

SoftBank shook the gaming world up last year when it bought 50 percent of Supercell, which had just 130 employees at the time, for $1.5 billion. That valued Supercell at $3 billion, or twice the value of U.S. publicly traded game company Take-Two Interactive, publisher of Grand Theft Auto. That was an astonishing outcome for the company, founded by veteran mobile game maker Ilkka Paananen, in June 2010.

Supercell also said that its third game will debut in March. The game is called Boom Beach, and it is already being tested in Canada and Australia, where it has moved into the top ranks of the iOS app store.