The MIT students behind Bitcoin mining program Tidbit won the “most innovative” award at a recent hackathon.

But they will soon face a ruling from another kind of judge: one employed by the state of New Jersey.

In early December, a few weeks after the hackathon, the New Jersey division of consumer affairs issued a subpoena to 19-year-old Tidbit developer Jeremy Rubin. The subpoena demanded he turn over everything related to Tidbit: all versions of the source code, all Bitcoin wallets associated with Tidbit, all agreements and communications with third parties, the name and IP addresses of everyone who mined Bitcoins using Tidbit, and so on. It explicitly asked for “all documents and correspondence concerning all breaches of security and / or unauthorized access to computers” by Tidbit. 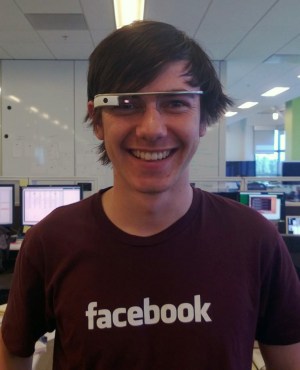 The student hackers bill Tidbit as an alternative to display advertising: With Tidbit, websites could let their visitors help them mine Bitcoins instead of serving up ads. While there are other remote mining solutions, Tidbit is the first project that seeks to replace advertising revenue with Bitcoin mining.

New Jersey hasn’t accused Rubin or Tidbit of a crime, but the language in the subpoena reads much like the state’s computer fraud act, which carries some stiff penalties.

Last year, New Jersey alleged that E-Sports Entertainment (ESEA), a competitive gaming company based in New York, embedded malicious code in its anti-cheating software. The software reportedly enabled ESEA to monitor 14,000 subscribers’ computers and also hijacked their computing power to mine Bitcoins worth around $3,750. Following New Jersey’s investigation, the company agreed to a $1 million settlement to avoid a prolonged legal battle.

A proof of concept

As for the information New Jersey is demanding from the team, it isn’t going to get the bulk of it, because most of it doesn’t exist.

A bit about Bitcoin

Bitcoin is a digital “cryptocurrency” that exists outside central financial institutions. Every Bitcoin transaction is automatically transcribed on the “block chain,” a shared public ledger supported by a worldwide network of Bitcoin miners. In exchange for their computational power, miners sometimes earn blocks of Bitcoin, although those chances grow slimmer as the network of Bitcoin miners grows.

Tidbit remains a proof of concept: No one has ever used the program to mine Bitcoins or any other virtual currency.

Although 98 percent of Tidbit’s infrastructure is in place, it isn’t ready for production use, according to the developers. They intentionally left out the final interaction (with Bitcoin pooling service P2Pool) while they worked on a set of terms and conditions. That’s why they were so surprised when New Jersey came knocking.

“We were served right before finals,” Rubin told VentureBeat. “I think what was hardest is that I, and perhaps most MIT students, just want to build, make, and tinker towards a better future.”

Faced with a daunting legal challenge, a stressed Rubin sought help from the Electronic Frontier Foundation (EFF). The technology law nonprofit readily agreed to assist Rubin and his peers.

“These are college kids, and they’ve got this thing hanging over their heads,” Hanni Fakhoury, an EFF staff attorney representing Tidbit, told VentureBeat in an interview. “During the middle of their finals, they had to take time off to deal with the subpoena.”

After negotiating a few extensions, Rubin’s lawyers filed an official complaint in late January. To quash the “unconstitutional” subpoena, Tidbit is taking New Jersey to court.

Bitcoin mining through the browser 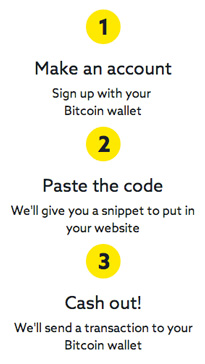 Rubin and three classmates initially developed Tidbit in 48 hours for Node Knockout 2013, a Node.js programming competition held November 11 to 13. With a snippet of embedded code, Tidbit could enable websites to tap into visitors’ computers and borrow CPU cycles to mine Bitcoin. In exchange, the sites would remove display advertising for those who opt-in.

Tidbit uses the Stratum protocol, which would enable websites to get paid based on total work contributed to the mining pool rather than total Bitcoins mined. But in its current form, Tidbit still isn’t very economical: If people ran Tidbit for a full day, they might each generate around a cent in revenue for a website, but their personal electricity costs would be much higher.

To improve Tidbit’s performance, Song said the team wanted to integrate WebGL and run computations on the graphics processing unit (GPU). He also proposed support for cryptocurrencies that are easier to mine, like Litecoin. An early December email sent to the Tidbit mailing list (and obtained by VentureBeat) confirmed Litecoin support as a key goal for the beta release, which the team had planned for early February.