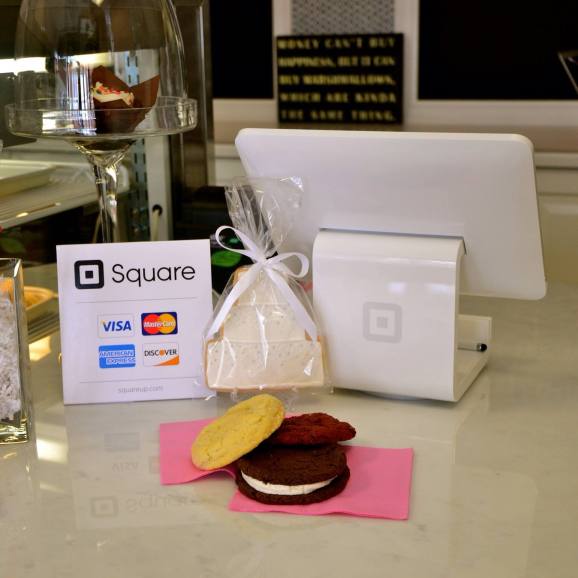 Square made a splash on Tuesday when it announced that Whole Foods would be using its iPad cash registers, but this isn’t the only major retailer Square has snagged.

These announcements speak to Square’s continued evolution into a diversified company that can support the needs of massive corporations as well as individual entrepreneurs.

“With Uniqlo using Square Market, it’s about creating a great pick up experience for shoppers who need a fast, easy, and quality experience,” a Square spokesperson told VentureBeat. “For Whole Foods using Square Stand, we’re making shopping faster and more convenient with new on-the-go purchasing options. And for Godiva, using Square Register, we’re helping them deliver a great customer experience during high peak times to ensure that customers can get what they need easily regardless of how packed the store is — especially during holidays like Valentine’s Day.”

Whole Foods is the second major retailer to accept Square. Starbucks was the first. The grocery chain will have Square checkout stands at food venues within the stores, such as sandwich counters, juice and coffee bars, pizzerias, and beer and wine bars. Some of the Whole Foods locations will also support Square Wallet, meaning customers can pay from their phone to avoid checkout lines entirely.

The Uniqlo and Godiva partnerships are different and speaks to Square’s efforts to create a highly flexible payments platform.

Godiva is using Square Register in its stores, and Uniqlo is working with Square to enable preordering. Until Feb. 17, people in the San Francisco Bay Area can order Uniqlo clothing through Square Market and pick it up in a store within the hour. You select your specific location and choose items. The app will then give you an estimated pickup time as well as a confirmation text message. The stores have a special pickup table so you can avoid the line.

We could start to see more of this blending of online and offline commerce in the near future.

Square started out in 2009 with a dongle, a small piece of hardware that plugs into smartphones, that reads credit cards. This was a boon for small business owners, individual practitioners (like massage therapists), and people who do business on-the-go (like cab drivers and roving craftsmen).

Traditional point-of-sale (POS) systems are expensive to buy and maintain — and they’re bulky. Square’s reader made it possible for anyone to accept credit card payments.

However, the company had a bigger vision. The point-of-sale industry is broken, for large retailers as well as small, and Square set out to build products that could work for business of all sizes. Square Register grew to include a full suite of software with checkout customization features, management tools, and data analytics.

In 2012, Square announced its first major partnership with Starbucks, which would use its POS systems in-store as well as permit customers to pay with Square wallet.

Square didn’t want to lose its roots, however, and launched Square Market in 2013 as a place where its small business sellers could establish an online storefront and promote their goods — along the lines of Etsy or Storenvy.

Payments is a competitive sector, and Square is taking on companies in multiple areas of the industry. It competes with traditional point-of-sale systems as well as mobile payment apps, dongle competitors, and PayPal, which is also trying to do a little bit of everything.

The more merchants it signs and the more transitions it processes, the more money Square makes. It takes a flat fee of 2.75 percent off transactions and was reportedly on track to bring in $550 million in 2013. Whole Foods generated approximately $13 billion worth of sales in 2013, so even a small portion is a big boost for Square’s revenue — and this is particularly important as rumors point to Square gearing up for an initial public offering this year.