Disclosure: The Dutch government paid my way to Amsterdam, where I moderated a session. Our coverage remains objective.

AMSTERDAM — Asia once again topped the list of the top acquirers of game companies. Nine of the top 10 deals in the game industry involved Asian acquirers, according to research by the Corum Group, an acquisitions advisory firm.

Last year, eight of the top 10 deals involved Asian firms as online gaming and an enthusiasm for mobile games spurred Asian game companies to grow faster than the rate of the overall market and spin off more cash for acquisitions. The value of all game deals rose 29 percent in 2013 to $5.6 billion while investment volume remained healthy at about $3 billion. Corum Group senior analyst Alina Soltys disclosed the data in a talk at the Casual Connect Europe game conference in Amsterdam. 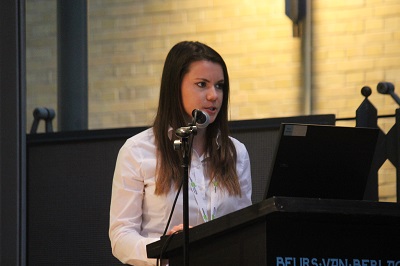 The game merger and acquisition market grew during 2013 just as the larger tech market improved. Valuations for tech companies were up in 2013, and the top 10 acquirers of companies had numerous game deals. Yahoo was the most acquisitive with 30 acquisitions, including three game deals. Google was second with 26 deals, including one game deal. Apple and Facebook each acquired 11 companies, with at least one game deal each. Those deals reflect the growing value of gaming to the revenues of big tech companies, said Soltys.

Jim Perkins of the Corum Group said that 60 percent of acquisitions are now cross-border deals as big companies try to expand their geographic reach to new regions and move to consolidate markets. Overall, the game market is expected to increase from $70 billion to $100 billion by 2017, according to estimates by entertainment investment bank Digi-Capital.

Among the significant deals: Bally Technologies bought Shuffle Master for $1.3 billion to expand in online gambling. Scientific Games also bought WMS for $1.5 billion while SoftBank bought half of Clash of Clans maker Supercell for $1.5 billion. As we learned yesterday, that amounted to a valuation of about three times sales. Such a valuation isn’t considered crazy even though Supercell had only two games and 130 employees at the time.

Some of the deals reflected new shifts in power. India’s Reliance Entertainment bought game companies in Japan and Korea. Gamevil bought South Korean rival Com2Us and Nine Wheels. China’s Linekong raised $80 million. And mobile messaging networks KakaoTalk, WeChat, and Line are growing by hundreds of millions of users, many who download and play games on the mobile network. That has hurt companies like Japan’s DeNA, Soltys said. Thirteen of the top 20 games are now on these mobile messaging networks.

It’s no surprise that 13 of 15 gaming initial public offerings happened in Asia. Of the possible IPOs of 2014, the big ones could be King, Kabam, mobile messaging network Line, and Angry Birds maker Rovio. But each one of those has some reason to delay an IPO as well, Soltys said.

Meanwhile, Kickstarter and other forms of crowdfunding have filled the gap, providing money at the idea stage for a lot of smaller game companies. Chris Roberts’ Star Citizen broke new ground on this front by raising $37 million for a sci-fi game.

Meanwhile, consoles are still an active source of game creation. Free-to-play games such as World of Tanks are moving to consoles, and that may cause further disruption in that market.

As many deals as there are, acquisitions still take a lot of time. Lior Shiff, the chief executive of Product Madness, said it took about nine months to get a deal done when he sold his company to another social-casino game maker, Aristocrat. And it took about a year for Ubisoft to acquire Related Designs, said the latter firm’s senior producer, Burkhard Ratheiser.

“You must prepare for an emotional ride in the acquisition,” Ratheiser said in a panel at Casual Connect Europe.

Sellers and buyers have to trust each other, so a lot of the deal depends on the chemistry between management teams, said Emil Sunvisson, the chief executive of game company acquirer Cherry. 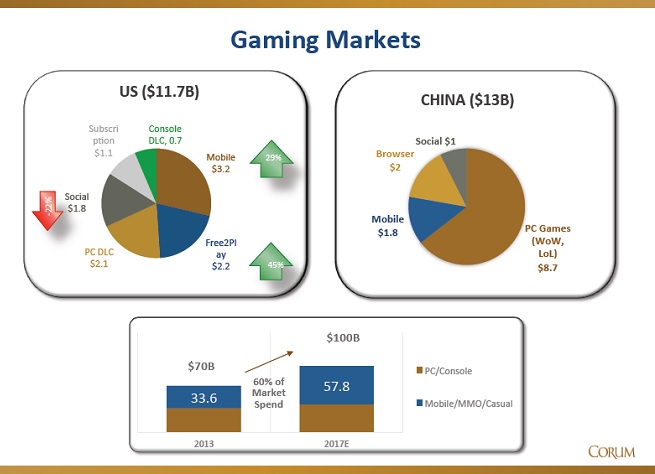