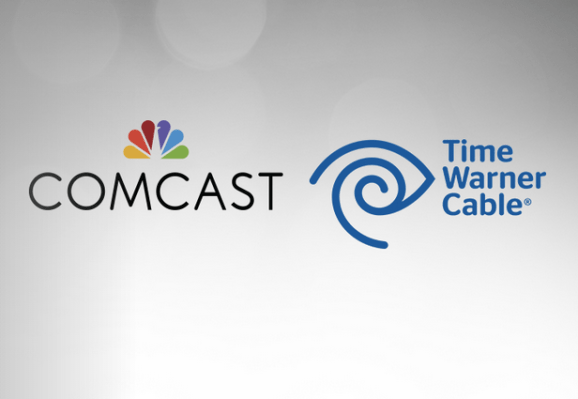 Comcast and Time Warner Cable have arrived at a deal to come together, and it’s a big one.

Following speculation on the size of the deal last night, Comcast announced this morning that it will buy Time Warner Cable’s 284.9 million outstanding shares in exchange for shares of Comcast’s CMCSA stock, in a deal worth around $45.2 billion.

The deal comes out to $158.82 per share of Time Warner Cable stock, which is in line with a report last night from CNN senior media correspondent Brian Stelter.

And the deal size is not far from the $160-per-share figure Time Warner Cable chief executive Rob Marcus had sought.

The deal could have major implications for customers and employees of the two companies, as Comcast and Time Warner Cable are the largest and second-largest cable providers in the U.S., respectively.

The company said its merger would close by the end of 2014. But federal regulators could challenge the deal, just as they have pushed back on mergers of big mobile service providers such as AT&T and T-Mobile.

If the deal does go through, customers of the united company would gain access to services that both Comcast and Time Warner Cable have developed, including Time Warner Cable’s Start Over feature to watch a show in progress from the very beginning and Comcast’s 50,000 video-on-demand options.

Comcast would get around 30 million managed subscribers as a result of the merger.