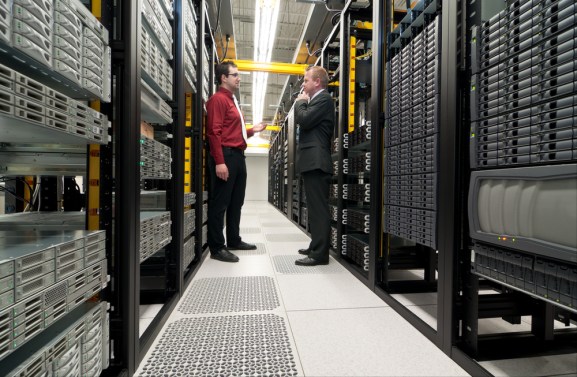 More and more data center operators have been virtualizing their servers, allowing multiple applications to run on each server. And that’s terrific for storage company Tintri.

Tintri sells storage hardware specially tuned to store and serve data from applications running on virtualized servers. Tintri’s been seeing its customers come back to buy more hardware after their initial purchases, and now investors believe the company is ready to grow considerably.

Today Tintri announced a $75 million round of new funding led by Insight Venture Partners. Lightspeed Venture Partners, Menlo Ventures, and NEA also participated in the round.

The new money will allow Tintri to continue product development, expand its sales activities, and further develop a channel to sell through partners, chief executive Ken Klein told VentureBeat in an interview.

Oh, and the company wants to go public next year, Klein said, adding that the new funding will help Tintri put in place the infrastructure that’s necessary before an initial public offering.

But the company has the potential to sign up lots more customers. For now Tintri supports just one hypervisor, which enables multiple virtual machines to run at once: the one from virtualization giant VMware. The new funding will make it possible for the company to support more hypervisors, like KVM and Microsoft’s Hyper-V, Klein said. And that could make a huge difference in Tintri’s market adoption.

The boxes are ideal for ensuring each virtual machine gets a high level of service. The gear is a suitable match for virtual desktops and private clouds, Klein said.

Tintri, based in Mountain View, Calif., competes with big storage vendors such as EMC and NetApp. But a number of other companies also push “hybrid storage” appliances, including Fusion-io, Tegile, and Nimble Storage, which recently went public.