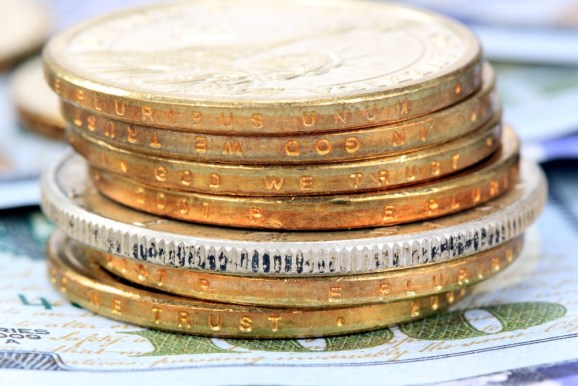 An oft-cited concern with crypto-currency is that it is not backed by anything “real.”

At least one-third of every batch of XNF released into the market is backed by gold and silver coins. The transactions happen through Ripple, “the world’s open payment system.” You create a Ripple wallet, and buy XNF with U.S. dollars through Bitstamp, or exchange Bitcoins for XNF through Ripple. When you want to cash out, XNF will mail you (as in, physical mail) the value in coins.

“Unlike other alt coins, we redeem our own balances — you can come in-and-out of the digital currency world with hard assets,” founder Robert Reyes told VentureBeat. “If everything else collapses, precious metals will still have value, which is why we are different. You are always going to have a tangible asset at the end of the day with us, you can’t say same of Bitcoin.”

One of digital currency’s biggest advantages is how cheap and easy it is to transfer. Transferring money, particularly across international borders, is a process ridden with fees and charges. Crypto-currency, in contrast, is free (or close to free), and doesn’t involve waiting around for banks, clearing houses, or other middlemen for approval.

However, the fact that Bitcoin is an Internet protocol, with no intrinsic or tangible value, is a concern for many.

Bitcoin’s chances would be better if “some large and durable entity promised to be a Bitcoin sink,” Economics professor Brad DeLong wrote in an article for think tank Washington Center for Equitable Growth.

“Underpinning the value of gold is that if all else fails you can use it to make pretty things,” he wrote. “Underpinning the value of the dollar is a combination of (a) the fact that you can use them to pay your taxes to the U.S. government, and (b) that the Federal Reserve is a potential dollar sink and has promised to buy them back and extinguish them if their real value starts to sink at (much) more than 2%/year (yes, I know).”

People have invested in gold as a store of wealth for thousands of years, but gold is not exactly portable or easy to transfer. E-gold emerged in 1996 as a way to instantly transfer gold ownership, but activity was suspended in 2009 due to legal issues.

XNF aims to be a more trustworthy, sophisticated version of E-gold. It is based in Germany, as opposed to the U.S., to take advantage of the country’s more flexible regulatory environment.

Reyes said he was interested in technology from an early age. He joined the US Army, which paid for his college education, and was deployed to Iraq. There he got wounded and didn’t think he would be able to walk again (although he has since recovered). Reyes said that readjusting to life in the US was difficult for him and he decided to moved to Germany.

Once there, he had trouble getting a bank account or credit card from a German bank — many were reluctant to serve American customers since the US forced them to “report every penny.” And Reyes found himself paying US and German taxes, even though he was living as an ex-pat.

“This is where my passion started — I’ve served my country and paid taxes since I was 15 years old, and the US financial system and government regulations are still harassing me,” Reyes said. “After you contribute to your country’s progress, no one should tell you how, when, and if to move your money. We don’t have freedom right now to do that. This is what I believe needs to change. Digital currencies take power away from institutions.”

However, buying XNF requires a significant amount of trust in Reyes and his team. E-gold’s proprietors were indicted by the US Department of Justice on four counts of money laundering.

Reyes said XNF is taking measures to protect against this type of thing and is in the process of striking a deal with a “reputable” insurance company. It is also being careful to avoid regulatory issues by avoiding certain markets (like the US).

“We don’t need banks anymore,” he said. “Honestly we don’t. To me the financial system is all a scam. The landscape changes every day, with governments coming out with new warnings, restrictions, and regulations. Any minute they can flip the switch. And if Bitcoin crashes, all you are left with is ones and zeros — binary code isn’t worth anything. That’s why assets are so important, they give people security.”