Sony’s The Last of Us on the PlayStation 3 won 10 awards — including Game of the Year — at the recent Dice Awards, the Oscars of video games. That happened because creators Bruce Straley and Neil Druckmann of Naughty Dog put so much depth into the design of the post-apocalyptic tale of two companions — the grizzled Joel and the young but tough Ellie — as they navigated their way past zombie-like menaces. 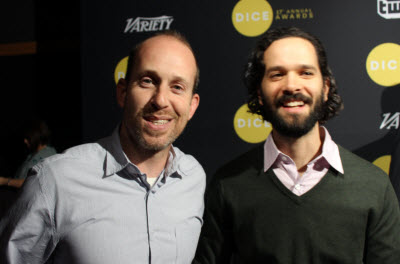 Above: Bruce Straley and Neil Druckmann on the red carpet at the Dice Awards.

Now the dev duo is back with The Last of Us: Left Behind, the first downloadable content (DLC) for the title. Left Behind features its own Ellie story, taking place before she met Joel. The narrative centers on her time with another companion — her best friend named Riley. This $15 release will give fans more time with one of the most remarkable characters and tales in video game history. Straley and Druckmann, who have talked with us extensively about the creative process in The Last of Us, followed up with an interview at the recent Dice Summit. They talked about how they put together a new story about the events that shaped Ellie’s personality before she became the tough, knife-wielding character of The Last of Us, which is full of both terrifying and tender moments.

It’s an unusual step for the franchise creators to focus on DLC when they could be creating the next major sequel to a blockbuster franchise. But Straley and Druckmann clearly love the world and characters that they created, and they took special care to tell one more story with Left Behind.

GamesBeat: How did the material for the downloadable content (DLC) come together? Was it planned for a long time?

Neil Druckmann: Not that long. It’s funny. The more you work on the story and talk about parts of the world, the more it starts to solidify and take shape. Some of it was thinking about Ellie’s backstory and how she was bitten. Early conversations were like, “Oh, it would be more interesting if she was with someone she really cared for.” … Once we had that idea figured out, and we had this opportunity to do a comic book with Dark Horse, we fleshed out some of that character. That character became Riley. Now we’ve worked with Faith Erin Hicks on that story. The comic became about how they first met, the first time Ellie encountered an infected and had to kill it.

We had this opportunity to do an additional chapter, and we explored whether it was worth doing. We didn’t want to tinker with the story in any way that would diminish it. But there was that gap between where the comic ended and where the game began that felt intriguing, to explore that moment that changed Ellie and give you a greater understanding of why she made certain choices in the main campaign.

GamesBeat: She almost seemed a little like a greenhorn in the main campaign. I didn’t think to consider that she’d already been through a lot.

Druckmann: We always knew she had some capability at the start of the game, whether it’s throwing bricks or jumping on someone and stabbing them. Obviously she gets more experienced as you get further into the story, but again, it was interesting to explore the Ellie before all that stuff, and see a more innocent, naïve version of her. We also see this other person, Riley, and how that person affected her and influenced her. 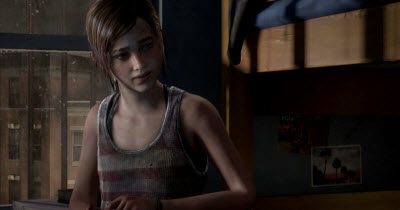 GamesBeat: Did you preserve that focus on just a few people and what’s going on with them, as opposed to the backstory of the outbreak and all that?

Druckmann: The DNA of The Last of Us has always been about characters and relationships and the bonds that we form with other human beings. It doesn’t reveal how the outbreak started or anything like that. The story takes place three weeks before the moment when Joel meets Ellie, so it’s not even that big a gap. But you get to see how Ellie lived in the quarantine zone.

GamesBeat: Was it all done after you finished the main game?

Bruce Straley: Yeah. We started pretty quickly after the single-player campaign was done. We took a couple weeks off. But we knew that we already wanted to explore the single-player story. We thought it was interesting for ourselves. Like Neil said, there was a story that was resonating. So, pretty quickly, after we got back to the studio, we started fleshing out the beats and what we were going to need as far as mechanics.

We created a new mechanic for combat. We have multi-faction combat now. We actually had a sketch of it in the single-player campaign, and due to time constraints, resource constraints, and what we thought was important to get the experience across for the main campaign, we had to cut that portion of the technology. So we looked at that again and said, “Here’s a good opportunity.” What’s cool about this is, now we can have humans versus infected, and Ellie, the player, can use a strategy of pitting them against each other. That’s one of those new tech things we’ve added into the combat loop.

Likewise, we started brainstorming about how we can build new relationship mechanics. We need to get Ellie and Riley to have this bond, and we need the player to have that same bond with Riley. We started exploring non-combat mechanics. We worked really hard on trying to get things on the stick and build up Riley’s character and build up that relationship through gameplay as much as possible. That took, what, four or five months, probably? Something like that. 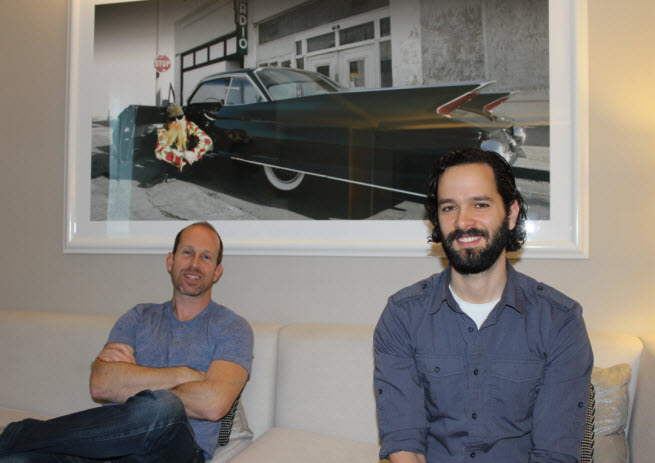 Above: Straley and Druckmann of Naughty Dog.

GamesBeat: That’s pretty fast, compared to the first one.

Straley: It was a long five months, compared to the single-player campaign. It was a bit of a struggle. But we’re proud of what came about.

Druckmann: As DLC goes, I don’t know if it was necessarily that fast. Business-wise, you want your DLC to come out as close to launch as possible. For us, it was more important to get the characters and the story right. A couple of times, we extended our schedule for Left Behind.

GamesBeat: Do you also look at the DLC in the same way that many other companies think about it? If the game succeeds, you do DLC as a regular thing, with more than one story.

Straley: It’s hard to even call this “DLC.” Sure, it’s downloadable content, but we’ve been throwing around words like “downloadable chapter.”

Druckmann: Or “side story.”

Straley: “Additional content,” “additional story.” There’s almost this pejorative around the acronym, DLC. In this case, we’re not talking about a bunch of new weapons and new hats. We pride ourselves on having these character-driven experiences. Like Neil said, we pushed the schedule to get it right. We have to make sure that we feel good about it. We want to honor the fact that this is a very precious experience, in the single-player campaign, for the fans. If we were to muck with that and leave them with a bitter taste in their mouths, it would be a disservice to them as well.

We want to make sure that we do it to the Naughty Dog level of perfectionism. You put your life on hold for a bit to get this out the door, but it’s important that we do it right.