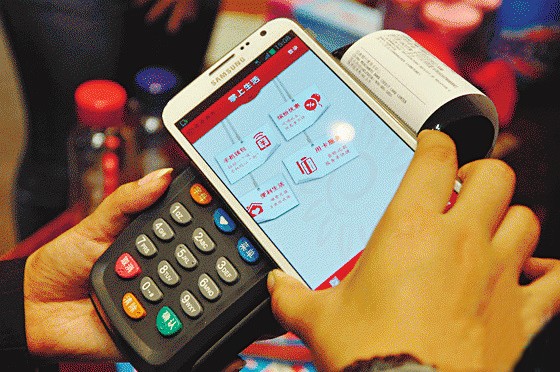 The e-payments business grew rapidly in 2013, recording 25.78 billion orders and a total volume of 1,075 trillion yuan, up 27.40 percent and 29.46 percent respectively from a year earlier. E-payments include three categories of payment services: online payment, phone payment, and mobile payment.

The PBOC report added that China recorded a churn of 1,608 trillion yuan from 50.16 billion non-cash transactions last year, up 21.92 percent and 24.7 percent, respectively.