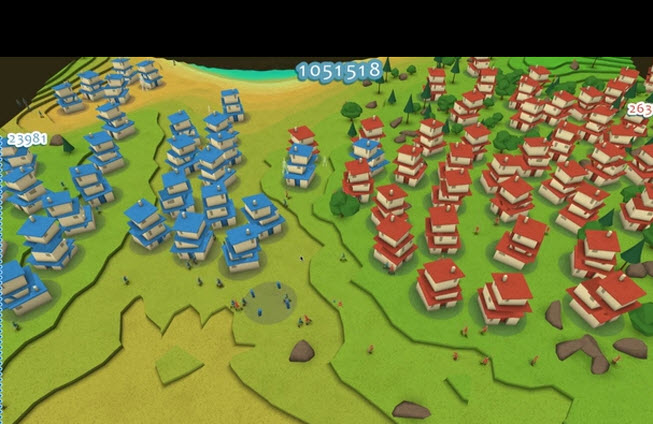 GamesBeat: If we turn to other ways of monetizing, does that favor traditional game development? Is that the right way?

Molyneux: This started with the approach that Zynga took back in the day, when they were the first company to really introduce free-to-play mechanics in the West. They famously said, we don’t need designers. We just need analytics people. They hired those people, and they came in with one single motivation, to get the maximum amount of money out of you in the minimum amount of time. Retain you and monetize you every day. We have that acronym that came out of it, ARPDAU, average revenue per daily active user. Their job was to maximize that.

That’s the fundamental problem. Where is the use of analytics that makes games better, that makes them more joyful and engaging and delightful? Currently, they’re used to make more money, and inevitably, the government turns around and says, “We’re going to regulate that.” It’s borderline illegal when you tell consumers, “All right, we’re going to give you not quite enough resources to actually play this game.” You make consumers believe that they’re going to get an experience that they won’t.

We’ve got companies like Supercell that weren’t doing anything five years ago, and now they’re at a $300 million valuation. That is just too much. 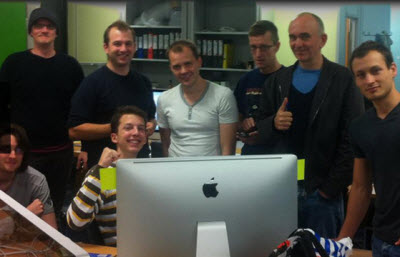 GamesBeat: Those guys have been famous for essentially monetizing revenge in their gameplay. Have you played The Hobbit as well? My motivation there is, I spend out of fear that I might be kicked out of my clan.

Molyneux: There’s an interesting mechanic there. It’s fascinating to look at it. They take you within 10 percent of success, and then, they play on your fear of being attacked. My worry is, they’re in control of when you get attacked, especially in Clash of Clans. They control when you’re going to get attacked or not. And that 10 percent, just keep knocking down. All that’s saying is, “Sod it, I’ll pay the money. I’ll level up my town center, and then I’ll be all right.”

That sort of notion is okay, but if you continually do it over and over again, if you widen the gaps between people who play the game, if you don’t give them any alternative … there’s a fundamental thing I think about, which is that it’s not as if free to play invented the idea of gamers sitting around and waiting. Fable, to get from level 10 to level 11, you had to play for three hours. You had to do 20 fights. But there was an alternative. You could use your skill to get past that point.

That’s the sort of feeling I want, is to take that panic … there’s always something you can do to add to it. There may be ways you can spend money to shortcut that or approach that in a different way. But you must give people a true free experience. It must be fair. When they do spend money, it must be more like they’re investing than it is about getting rid of their fears or anticipations.

GamesBeat: EA is another good example of how hard it is to get it right, like with Plants vs. Zombies 2. The company got 25 million downloads, but it found that the benign monetization in there, where you could play the whole game for free, was probably too generous on their part.

Molyneux: I love Plants vs. Zombies 2. I’ve played it utterly to completion, and there wasn’t a single moment where I felt a need to monetize. The fundamental problem was that I was playing at the same time as my wife, and she said, “I bet you’re going to cheat.” What she was actually saying is, “I bet you’re going to spend money.” If consumers’ approach to Plants vs. Zombies 2 is that, “I’m not as good a gamer if I spend money,” you’re never going to get any money out of it. It was delightful. It was lovely. But there wasn’t enough of a motivation in there.

I only spent money to get a new plant, where the only way to get that plant was spending money. But that led me to the conclusion that that plant was a cheat. If there was a gameplay route to that plant as well as a monetization route, that would be much better. Then my wife would look at that plant and say, “Oh, how did you get that,” instead of, “You spent money on that!”

It just goes to show that free to play is very delicate. It requires a lot of inventiveness and a lot of refinement. You can’t center it around a tiny percentage of people. It’s an honor for people to spend money on your game. 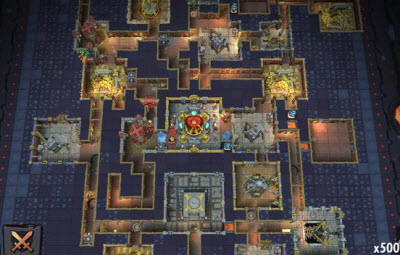 Above: Dungeon Keeper remake from EA.

GamesBeat: So, it sounds like nobody has cracked this nut in an honest way.

Molyneux: No one’s cracked it in a way that’ll still work in five years. I don’t see that the free-to-play loops that we have now are going to last much longer. They’re going to be legislated against. A lot of consumers are going to rebel against them. Core gamers already rebel against free to play. You only have to look at Dungeon Keeper as an example of how vociferously people react to that. They feel angry and betrayed, and rightfully so, because there are no alternatives to the gatekeeping points there.

We’re in a transition. If I’m working on something like Godus, I’ve got to approach monetization in the way I approach everything else — with creativity and thinking about the player’s motivation. I keep coming back to this simple sentence. I have to think of Godus as a hobby, not just a game. You invest in a hobby, rather than it being a ticket that I take as you go in, or rather than getting people so addicted that they feel like they have to spend money. They’re not going to continue doing that for a very long time.

GamesBeat: It’s encouraging that in this era we’re moving into, we still have some enormous successes like Minecraft.

Molyneux: It would be interesting to have a free-to-play version of Minecraft and see what Markus Persson would do with Minecraft. I think he would probably take a very different approach to it. But it’s fantastic that we’ve got successes like that. I would still cite Clash of Clans as a success. It’s done a brilliant job of being simple enough to draw people in, but interesting enough for you to think about it. I just think that after a while, when you go into those long waiting loops, it gets quite painful.

I love things like The Hobbit or Age of Camelot. … There’s still a lot of experimentation going on. We’re on a journey, and we’re only partway through it.