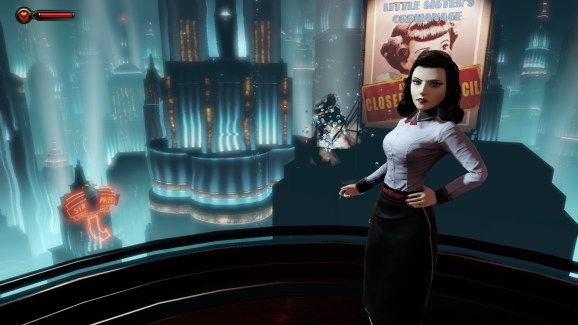 Irrational Games is coming to an end.

Maybe there is always a lighthouse, but apparently there isn’t always an Irrational Games.

The studio responsible for hit console games BioShock and BioShock Infinite — a franchise that has generated more than half a billion dollars in revenue — is laying off most of its staff as founder Ken Levine is moving on to a new, smaller developer within publisher Take-Two Interactive. This news comes as the studio prepares to release the second and final chapter of the Burial at Sea downloadable content for BioShock Infinite, its hit first-person shooter from 2013.

“I am winding down Irrational Games as you know it,” Levine wrote in a message on Irrational Games’ website. “I’ll be starting a smaller, more entrepreneurial endeavor at Take-Two. That is going to mean parting ways with all but about 15 members of the Irrational team.”

Irrational will offer financial support as well as job-placement help to the employees it’s letting go. That includes setting up meetings with other internal Take-Two studios as well as a job fair with third-parties.

As for Levine and his new endeavor, he is keeping to himself. He did, however, reveal a bit of his intentions, which includes cutting out packaged retail games.

“[We want] to make narrative-driven games for the core gamer that are highly replayable,” wrote Levine. “To foster the most direct relationship with our fans possible, we will focus exclusively on content delivered digitally.”

Levine said that the next project will require an extended period of design, which is something he is familiar with, as BioShock Infinite took around five years to complete. This time around, however, he thought he would need to do this project with an independent startup, but Take-Two decided to help him out.

“[Take-Two’s executives] convinced me that there was no better place to pursue this new chapter than within their walls,” he wrote. “After all, they’re the ones who believed in and supported BioShock in the first place.”

The BioShock series has generated more than $500 million in revenue for Take-Two. While Irrational is coming to an end, this likely doesn’t mean we’ll never see another BioShock.

“I’m handing the reins of our creation, the BioShock universe, to [Take-Two subsidiary] 2K so our new venture can focus entirely on replayable narrative,” Levine wrote. “If we’re lucky, we’ll build something half as memorable as BioShock.”

Levine founded Irrational Games in 1997 in Boston with his former Looking Glass Studios partners, Jonathan Chey and Robert Fermier. The company released the PC first-person role-playing game System Shock 2 in 1999. Many people consider System Shock 2 as one of the best games of all time.

In 2006, Take-Two acquired Irrational Games and renamed it 2K Boston under the 2K Games label. Under that name, the studio released BioShock for Xbox 360 and PC in 2007.

BioShock is a spiritual successor to System Shock 2. It has players taking control of a character named Jack who must escape the underwater city of Rapture after his plane crashes. The game features themes and criticisms of author Ayn Rand’s Atlas Shrugged novel as well as her libertarian theory of objectivism. BioShock also features criticisms of gaming itself.

Gamers responded well to BioShock, which was one of the early breakout hits for the Xbox 360. A PlayStation 3 release followed in 2008.

2K went on to release a sequel to BioShock from another developer while Irrational toiled away for nearly five years developing another followup, BioShock Infinite. This game, which does not necessarily follow the events of the original, had players attempting to rescue a girl from a floating American city called Columbia. This time around, Irrational focused its criticism on nationalism, racism, and political violence.