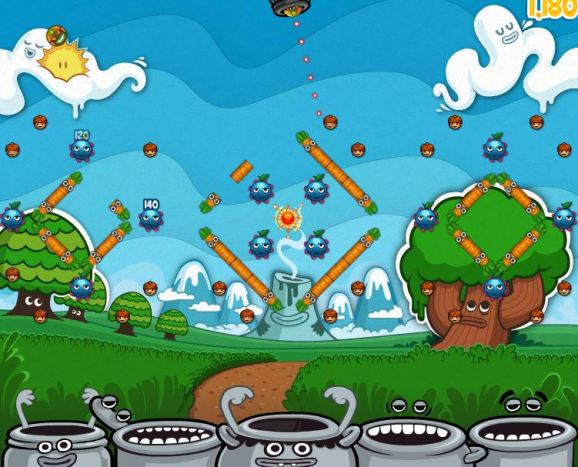 King is one of the largest publishers of casual games around. And it’s taking its stock to the public markets with an IPO that could raise as much as half a billion dollars. But not all is sweetness with the publisher of Candy Crush Saga.

King still has to deal with lingering controversy surrounding its attempts to trademark “Candy” and “Saga.” One of the biggest organization of developers is now stepping out to argue that King is potentially harming other studios.

The International Game Developers Association, which is a nonprofit that provides counseling and advocacy services for the people who make games, has provided a statement to GamesBeat regarding King’s trademarking actions. IGDA executive director Kate Edwards says she wants to weigh in on the issue on behalf of all game studios.

“As an advocacy organization for game developers, the IGDA diligently monitors issues that may restrict a developer’s ability to create and distribute his or her work,” said Edwards. “After reviewing the trademark filing and subsequent conduct by King Inc. in relation to its popular game, Candy Crush Saga, we feel we should comment.”

“While we understand and respect the appropriate exercise of Trademark rights, King’s overreaching filing in its application for the trademark for its game Candy Crush Saga, and its predatory efforts to apply that mark to each separate word contained in that name, are in opposition to the values of openness and cooperation we support industry wide, and directly contradict the statement King’s CEO, Riccardo Zacconi, made on Jan. 27.”

Last month, Zynga started making attempts to enforce its trademarks for “Candy” and “Saga.” This generated outrage from the gaming community, as many felt the company shouldn’t have control over such common words.

In the statement that Edwards referenced, Zacconi explained that King wasn’t trying to stop other developers from making games that use “Candy” or “Saga.” The King chief executive was specifically referencing epic role-playing game The Banner Saga from developer Stoic Studio. King filed an official opposition to Stoic’s attempts to get a trademark for The Banner Saga. That will make it much more difficult for Stoic to lock down that name legally. That doesn’t mean Stoic can’t use the name, but it also wouldn’t have the legal protection that a trademark provides.

By forcing other developers into that dilemma, the IGDA feels that King is acting in an unfair manner. The advocacy group isn’t done with this topic after this comment.

“Our Business and Legal Special Interest Group will be providing a more comprehensive analysis of this issue from its perspective soon,” said Edwards.