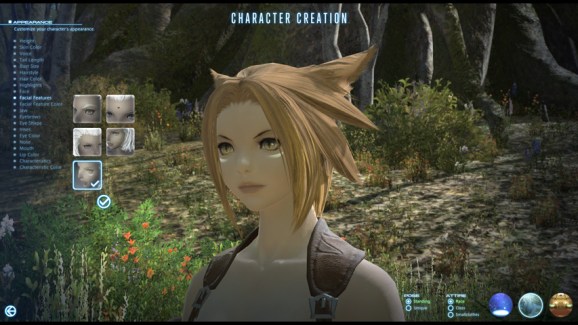 The beta test is coming this weekend for Final Fantasy XIV: A Realm Reborn on the PlayStation 4.

This weekend, your PlayStation 4 will finally have the capability to display a fantasy cat person.

The beta test for Final Fantasy XIV: A Realm Reborn is available to download now on PlayStation 4. Players can go to the PlayStation Network and grab it for free and install it so that it is ready to go when the beta opens up everyone on Saturday. The final game goes on sale on April 14 for $40.

Final Fantasy XIV: A Realm Reborn is the 2.0 version of Square Enix‘s massively multiplayer online role-playing game. It enables gamers to go on adventures in an online world while fighting enemies and leveling up their players. Compared to the original 2010 release, A Realm Reborn has a new graphics engine, a redesigned user interface, and a new server system. It went live on PC and PlayStation 3 on Aug. 27, and it received glowing reviews from fans of Final Fantasy and MMORPGs.

The PlayStation 4 version is the first time it will hit one of the new systems. While the final release is coming in a few months, this beta will run through March 2. It will enable players to grind through the first 20 character levels. But nothing players do in the beta will carry over to the final game.

Final Fantasy XIV requires a subscription to play, but it will not require the PlayStation Plus service that other multiplayer games require for online play. The monthly fee is $13 for one character per server for up to eight servers. The initial purchase price includes one month of game time.