Twenty-five years is a long time for a ninja to stay alive and relevant.

After more than a decade of waiting, fans of Capcom‘s slash-fest will finally dive head-first into a new Strider adventure. Sure, it’s a high-definition reboot of the original arcade game instead of a sequel, but it’s better than nothing.

Hiryu’s debut in 1989 left a big impression on gamers with its big, colorful sprites, fast-paced combat, and teeth-grinding difficulty. Yet, 11 years went by without a new entry in the series (Strider 2), and then 14 more years for the Double Helix-developed “Strider HD.”

So, what exactly has Hiryu been doing for the past 25 years?

Check out the gallery below for a retrospective of Hiryu’s few starring roles as a master assassin, plus his part-time gigs as a street brawler, trivia guru, and trading card model. 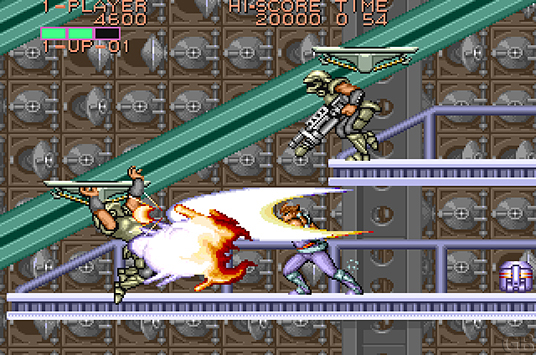 Above: Hiryu’s first directive as a Strider takes him across the world in search of Grandmaster Meio, a mysterious and powerful being set to conquer our planet. Capcom ported Strider to home consoles like the TurboGrafx-16 and Genesis. The NES version, though, is different from the arcade game – focusing less on action and more on exploration.