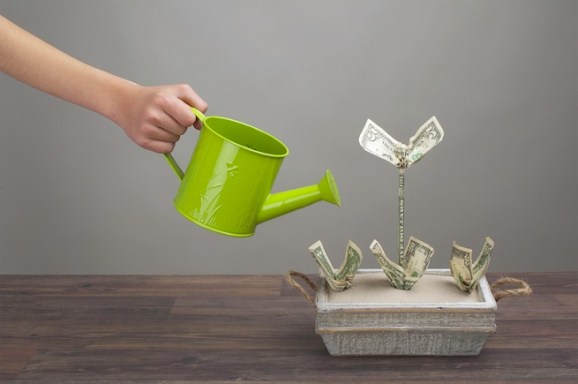 Union Square Ventures jumps in to Sidecar in $10M round

Ride-sharing service Sidecar today announced Union Square Ventures is leading a new $10 million funding round. Correlation Ventures, Avalon Ventures, and SoftBank Capital also participated in the round, a spokeswoman wrote in an email to VentureBeat. In addition to the funding, Sidecar also announced a new pricing model, whereby each ride has its own special price. In Sidecar’s new “community marketplace” model, it’s up to each driver to provide a differentiated experience and entice customers. Read more on Sidecar’s blog.

MaintenanceNet, a company that helps technology vendors and their resellers keep money coming in through contracts for services, has taken on $12 million in funding led by Kayne Partners, the company announced today. Established in 2004 and based in Carlsbad, Calif., MaintenanceNet will use the money to keep expanding globally and capture more of the market for revenue automation. See the press release for more details.

Stealthy cloud security startup Apprity has raised $8 million in new funding. Norwest Venture Partners and Wing Ventures led the round for the Santa Clara, Calif.-based startup, which wants to give many companies the ability to use cloud-based software.

Google is betting big on the online education sector. Google Capital, one of the Mountain View, Calif.-company’s venture arms, announced today it is investing $40 million into Wisconsin-based Renaissance Learning, a K-12 cloud-based assessment and learning analytics company with over 1,000 employees. Read the rest on VentureBeat.

Some software vendors grow by saving companies money or finding new business opportunities. ZenPayroll has been picking up speed by making it easier to pay employees. Today, the startup, which sells monthly subscriptions to a cloud-based tool to run payroll for small businesses, announced $20 million in fresh funding. Get the rest of the story on VentureBeat.

Online investing platform Kapitall has raised $13 million in a round that Linden Venture Fund led. This brings the company’s total funding to date to $25 million. Kapitall offers a “gaming interface designed for the emerging investor – Generation Y, people in their 20s-30s, and like-minded individuals,” a rep told VentureBeat via email.

NewSchools Venture Fund, a nonprofit venture philanthropy organization, has raised $12 million for its NewSchools Seed Fund. “Seed Fund is one of the most active investors in ed-tech, having seeded a quarter of all new ed-tech seed investments in 2013. Seed Fund has already invested in more than 22 ventures, leading 17 seed rounds of financing and co-investing alongside other firms, including Kapor Capital, Rethink Education, Relay Ventures, and Accel Partners. The fund has a goal of providing capital and support to 55 ed-tech ventures by the end of 2015.” Read the rest of the press release.

Quite a few companies in mobile security focus on protecting corporate data on phones. But at a time when we use an increasing number of devices interchangeably at work and at home, what’s next? The newcomer to the mobile security space is Nativeflow, an Israeli company that veteran technology entrepreneurs Avi Yehuda and Eitan Bauch formed. Nativeflow’s founders revealed exclusively to VentureBeat that they have raised $7.5 million in funding to date from Jerusalem Venture Partners and OurCrowd. Read more on VentureBeat.

Singaporean big data startup Crayon Data has taken $1.2 million in funding from Jungle Ventures and Spring Seeds Capital. The company makes products “to help traditional enterprises tap into the power of Amazon-like analytics.” This round brings the startup’s total funding to date to $2.6 million. Read the press release for more.

ShareDesk, a startup that makes a “flexible workplaces” platform, today announced a $1.1 million seed fundraise as well as the launch of a new product, ShareDesk Optix. DFJ’s Tim Draper led the funding, with participation from other strategic investors, such as HotelTonight COO Jared Simon, Scripted CEO Sunil Rajaraman, and SAP veteran Raul Vejar.