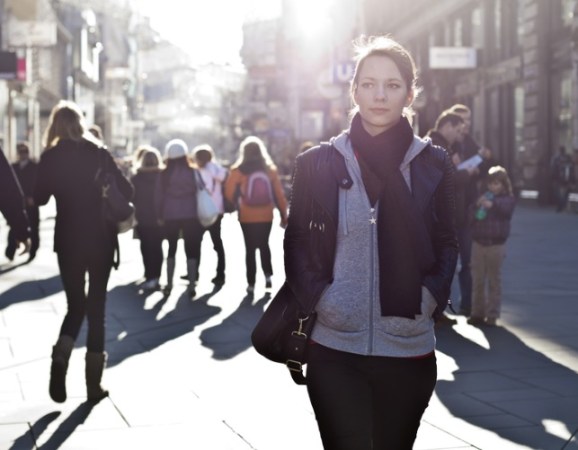 I recently posted about Dropbox’s hiring practices and how they put women at a disadvantage. But Dropbox is by no means a worst offender. This is an industry-wide issue.

The problem is a hidden bias that tech executives are generally unaware of. They honestly believe they are a meritocracy but don’t understand how their words and actions can discourage others who are not like them.

The excuse that tech companies make for their lack of gender diversity is that the pipeline of women studying engineering is shrinking.

Sadly, this is a self-perpetuating cycle. Because there are few women in engineering, girls don’t perceive computing to be a friendly profession, so fewer are entering the field.

In larger companies, the diversity data that corporate executives usually look at are at the company level rather than at the departmental level and include lower-level administrative/support roles. If these data were analyzed at the departmental level, particularly in technology, executives would be shocked at what they saw. They would realize that the deck is stacked against women at every stage of the game.

This issue is important because the technology industry suffers from a severe shortage of talent. Diversity also fuels innovation. So, by leaving out women, we are excluding more than half of our potential talent pool and limiting our innovation capability.

Here are some things that companies — big and small — need to do.

How to make sure women and minorities get hired

1. Look at how jobs are defined. Lucy Sanders, CEO of The National Center for Women & Information Technology, says that companies need to pay attention to what types of technical jobs are given to women. Are they the low-status technical jobs? Are they in high-prestige jobs such as architect and lead designer? How are the jobs defined? Are they written in a way that will solicit a response from males? For example, job descriptions that are overloaded with long lists of required skills (which may or may not be needed on day one, and could be learned on the job) may cause women to not apply if they don’t have each and every skill; men on the other hand will tend to apply if they have only a subset of the skills.

And of course, silly interview questions such as those that Dropbox asks need to be reframed.

2. Broaden the talent pool by looking beyond the usual recruitment grounds. Companies need to build ties to universities where there are high proportions of women and minorities, and to recruit at conferences such as the Grace Hopper Celebration of Women in Computing and Women 2.0.

3. Interview at least one woman and one member of a minority for every open position. Freada Kapor Klein, founder of the Level Playing Field Institute, says companies should implement a rule such as the Rooney Rule for National Football League teams. This requires all teams to interview minority candidates for head coaching and senior football operation jobs. The key is to make sure that every hiring pool is diverse with respect to gender and race. “If women aren’t in the candidate pool, they’re not going to get hired,” says Klein.

4. Have at least one woman on the hiring team. Telle Whitney, CEO of the Anita Borg Institute, cites academic research that shows that people tend to hire those who are similar to them. She says that the demographics of the hiring team greatly influence the outcome of hiring. It also makes a difference in offer acceptance. A female candidate will recognize that the business values diversity if the interviewers are men and women.

Whitney says women on the hiring team should be part of the R&D department and in influential positions because, as a Stanford study of startup companies shows, having women in senior-level technical roles positively influences the hiring of further technical women.

5. In hiring decisions, the focus should always be on competencies rather than on credentials. Klein says that degrees from a prestigious school usually weigh heavily over demonstrating the ability to write code or solve problems. Candidate-screening criteria such as unpaid internships, summer international experiences, and gap years also create an unfair advantage because these are signs of a wealthy background and not earned meritocratic achievements. She says that companies should focus on “distance traveled” — such as the demonstrated ability of people who grew up in modest circumstances to overcome adversity, or to be the first in their family to go to college.

Once you have them, here’s how to hold onto them

Once women are hired, the challenge for businesses becomes retaining them.

A problem women commonly face when they join the industry is feeling marginalized and discriminated against. They leave the workforce mid career. A report by the Anita Borg Institute noted that women leave technology companies at twice the rate at which men do. The key reasons are poor working conditions for women, lack of work/life balance, uninteresting work, and bad organizational climate.

Here is what needs to be done.

Managers need to be trained and held responsible. As the Anita Borg Institute report notes, for women in technical roles, managerial support is especially important, as women often experience unconscious bias and additional barriers to advancement. Since managers have such a strong influence on the retention of women in technical roles, it is essential that management training and development incorporate tools to actively encourage collaboration, inclusiveness, and diversity. Achievement of retention goals should be part of a manager’s performance evaluation, and managers should be given incentives to take an interest in the professional development of the women technologists reporting to them.

Corporate culture needs to be open and collaborative. Whitney says women often suffer negative consequences when they express a new or different view. She says that by developing a culture that encourages diverse ideas and perspectives, companies will not only improve job satisfaction for women in technical roles but will also benefit from fresh ideas and approaches to solving important problems.

Institute flexible work policies. Companies need to provide both women and men with the ability to take time off for parenting and family, to work from home, and to have flexible work schedules. Parents should not have to apologize or feel guilty if a child is sick and they need to rush to school.

Create effective complaint channels. For issues of harassment and discrimination, there need to be not just formal mechanisms that require investigations but informal ombudsmen, mentors, and trusted individuals who can offer practical problem-solving advice. According to Klein, these need to be side by side with formal mechanisms that document how investigations are conducted and resolutions achieved. It is also important to designate who is responsible for handling complaints.  Says Klein, “think about how a new young woman employee gets guidance about what to say or do when someone makes a sexist comment and think about someone who wants to raise an allegation of unequal compensation between men and women managers in the company. You’d never want to take both of these situations to the same person and have them handled the same way.”

Sensing, monitoring, and feedback mechanisms. Klein says that companies need to frequently run customized and anonymous surveys on quality of work life; periodic pulse surveys on topics; and exit interviews, and to maintain anonymous feedback channels. Well-designed surveys are early warning signals, and good data mining lets the company identify systemic biases, she says. In addition, practices need to be systematically monitored. Assignments, promotions, performance evaluations all need to be monitored for outcomes. Is there subtle bias in the process? Who are the decision makers?

All of this needs to come from the top down. Corporate executives must take ownership for increasing technical women’s participation. If they don’t, it won’t happen.  Managers must review data at every level of the pipeline with the executive management. What you measure you will change. Most importantly, as Sanders says, “this can’t be lip service and can’t be delegated to mid-management — and certainly not to the technical women themselves to solve. Make it clear why it’s not just a quota issue or an arbitrary mandate but a critical innovation and business imperative.”

One final note. It is important to recognize the changing demographics in the U.S. The current majority of school kids in many states comprises members of racial and ethnic minorities. Too often a focus on ‘women’ has meant affluent, white women. We need to make sure that company culture and practices are welcoming to African American women, Latinas, and Asian American women. They are an important part of the future of innovation and of the future of this country.