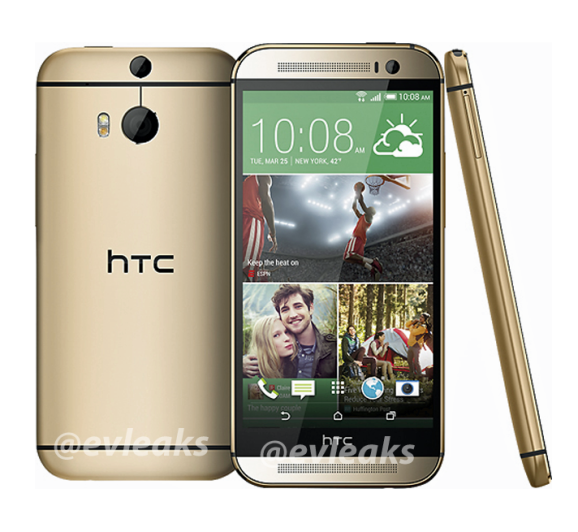 HTC’s new One looks a lot like the old One.

A day after HTC sent out invites for the unveiling of its latest flagship phone comes a leaked press photo of the new device from gadget leaker Evleaks.

The image shows a new phone that shares all of the major design elements from last year’s One — the metal case and Sense software — but with a few minor changes. For one, it’s gold where the first One was initially available in black and silver (and eventually blue and red). The image also shows a dual-sensor rear camera, which should allow the phone to take better quality images (especially in low light).

It also looks like HTC has opted for virtual Android menu buttons rather than the physical buttons from the current One line. That’s a change that may annoy some HTC fans — virtual buttons take up screen space on your phone, while physical capacitive touch buttons allow you to have a display clear of buttons.

Evleaks has a good reputation when it comes to its leaked images, and the photo also matches some other purported shots of the new One.