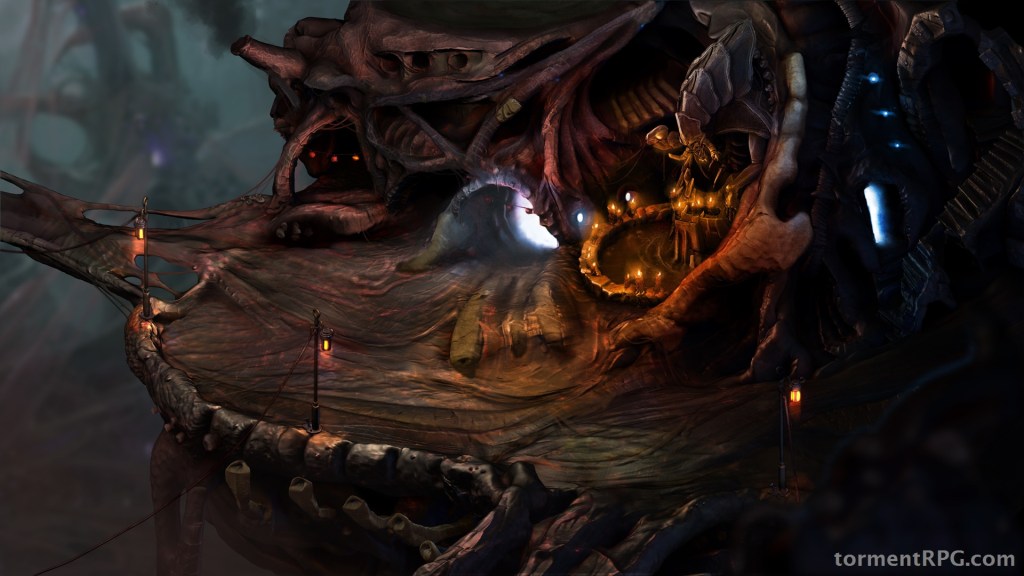 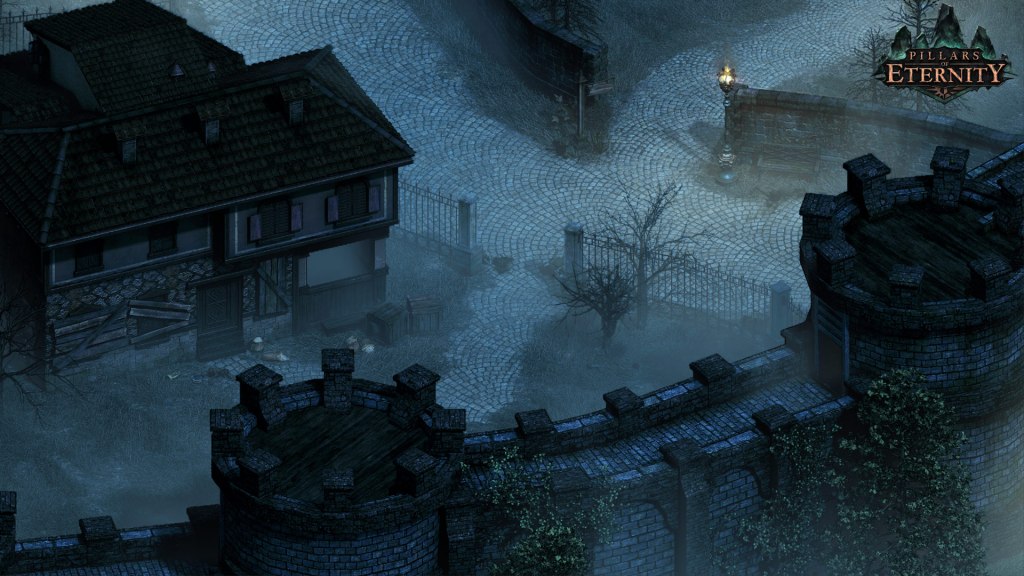 Now that Dreamfall Chapters is out of the pre-alpha stage, Red Thread Games is focusing on polishing Chapters One and Two. Creative director Ragnar Tornquist told GamesBeat development is “progressing very well and according to plan.”

“We’re still at that stage where the gameplay and story keep morphing and changing as we see what works and what doesn’t,” he said. “That’s the advantage of being in charge of our own game and being supported directly by our players and fans — we can do what feels right without worrying about what a publisher’s marketing department may think.” 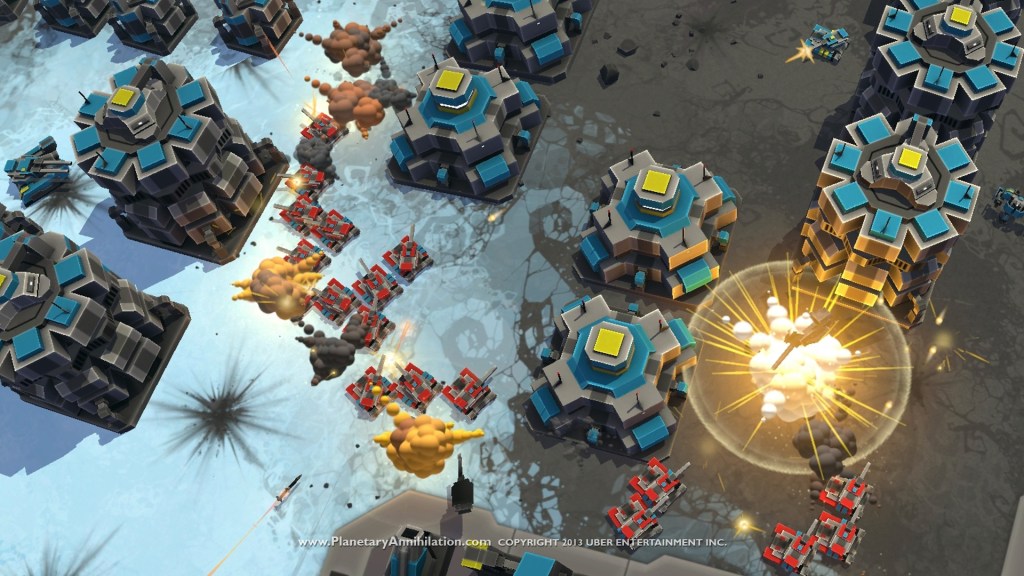 Above: A screenshot from Planetary Annihilation’s beta.

Planetary Annihilation is now available on Steam Early Access, and it’s doing great, according to Uber Entertainment CTO Jon Mavor. “All of the backers now have access to the game,” he told GamesBeat. “We are pushing forward on Steam Early Access and through other channels to get the game into people’s hands.”

Mavor also said the team has some big announcements in the works but doesn’t want to spoil the surprise. Color us intrigued. 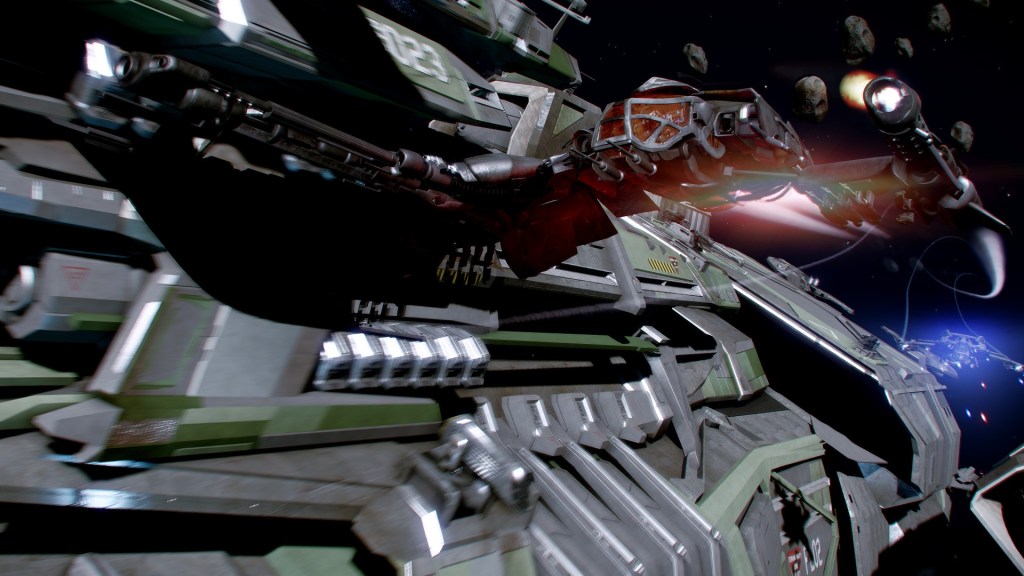 Above: A dogfight in Star Citizen.

Star Citizen has raised more than $38 million in funding since the project first launched in October 2012. Although more than $2 million was raised on Kickstarter, the majority of the game’s funding has been raised through the Roberts Space Industries website. In a recent statement, Chris Roberts thanked backers for their continued support and revealed the game’s latest stretch goals are three new star systems — Cano, Kabal, and Oretani. The next stretch goal, however, will be something entirely different.

“At $39 million, we’ll announce a new goal that will help chart the course for the future of Star Citizen in a different way … and it’s one I’m personally very excited about, so be sure to check back then and learn more!” Roberts said.

Shroud of the Avatar

Above: A village setting in Shroud of the Avatar.

Since Shroud of the Avatar’s Kickstarter campaign ended in April 2013, Portalarium has raised an extra $1.13M. In a recent letter provided to GamesBeat, co-founder Dallas Snell told investors the team is ecstatic about their crowdfunding success.

“Every new dollar we raise is plowed right back into Shroud of the Avatar, allowing us to expand our team size, enhance the game’s feature set, expand the scope of the project, create more content, and flesh out more of the amazing story design that Richard Garriott and New York Times Best Selling author, Tracy Hickman, have crafted!” he wrote.

Portalarium said it will continue to release monthly pre-Alpha content to the backer community from now until the game officially launches sometime in Q4 2014. 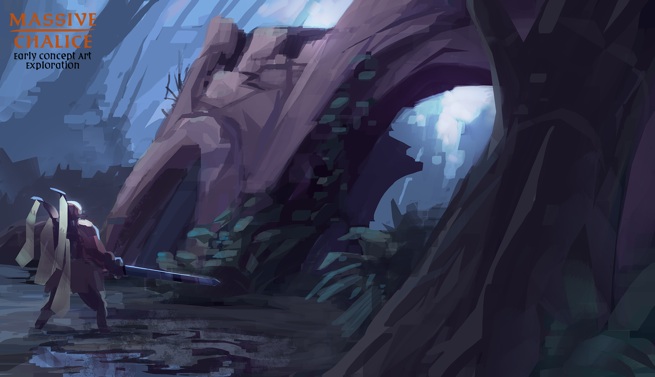 The Massive Chalice Kickstarter page hasn’t been updated since August 2013, but a post on the official blog said the team is currently designing the “Bloodline Editor.” This will allow certain backers to create their own Houses and Sigils, which will be available in the game for all to see.

Oculus declined to comment for this story. In its most recent Kickstarter update, Oculus announced it’s co-publishing CCP Games’ EVE: Valkyrie, which is one of the first AAA games designed exclusively for the Rift.

Oculus also recently released its Latency Tester as open source hardware to promote transparency about the project. “A key part of the Oculus culture is a drive for openness,” the team wrote. “We believe that making Oculus more open and transparent will ultimately accelerate and improve virtual reality technology for everyone.”

Latency is the delay between a player taking an action and that action appearing on-screen. Oculus stated that, with a little hacking, the Latency Tester can also be used to build a display color calibrator, an ambient light detector, or a general purpose video game latency tester.