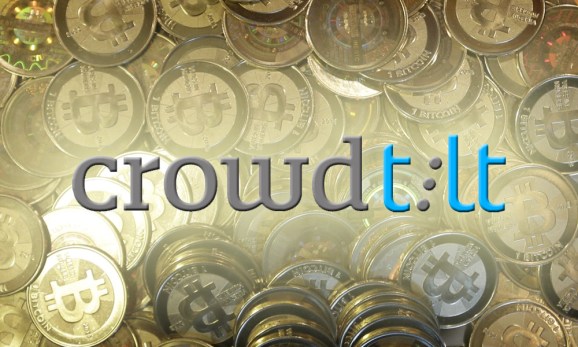 If you want your crowdfunding campaign to accept Bitcoin, Crowdtilt has you covered.

The crowdfunding company today launched CrowdtiltOpen, an open source crowdfunding solution that enables anyone to crowdfund anything on their own sites. It’s the polished version of Crowdhoster, which the Y Combinator startup unveiled and beta tested last year.

The CrowdtiltOpen feature list is huge: It supports Bitcoin payments, recurring billing, analytics integration, and all sorts of customization options. Registered non-profits can use it to produce tax-deductible receipts for crowdfunded donations. Entrepreneurs can easily turn a campaign that’s hit its funding target into an e-commerce landing page, like the Beep campaign, which reached its goal after an hour or two.

If there’s a feature you want that isn’t available, you can always build it, because CrowdtiltOpen is open source. There’s room for premium services, too: BackerKit, for example, is building a customer relationship management system on top of CrowdtiltOpen. That’ll cost a bit extra, but Beshara promises the core version of CrowdtiltOpen will always be free.

“Crowdtilt exists because of the open source tools that we’ve been able to make use of, so this is our way to give back to the open source community,” Crowdtilt CEO James Beshara told VentureBeat. “It will produce wildly more interesting results by giving it away for free than if we tried to monetize this thing.”

CrowdtiltOpen’s support for Bitcoin has the potential to simplify international crowdfunding. If you’re in Mexico or Indonesia and can’t find a credit card processor to help with your project, you can choose to accept Bitcoin as your sole crowdfunding payment option. Or if you want to accept payments from any country in the world, you can add Bitcoin support alongside other payment options.

“Crowdtilt loves Bitcoin — and that’s not just plastic bullshit corporate sponsorship of something that has become trendy,” said Beshara. “As developers, we’ve been big fans of Bitcoin for a long time.”

Hundreds of folks ran crowdfunding campaigns using Crowdhoster, but now that Crowdtilt is no longer vetting the campaigns, Beshara expects a flood of activity. He’s particularly excited about CrowdtiltOpen’s implications for commercial, civic, and political crowdfunding, which are currently overshadowed by crowdfunding for creative projects.

“Nike wouldn’t use Kickstarter or Crowdtilt or Indiegogo, but it definitely would host a crowdfunding campaign on its own domain,” he said. “A couple big brands have turned to crowdfunding but haven’t truly embraced it … this new tool allows them to control the thing … they want to control the most: their brand.”

There’s a queue of 4,000 organizations ready to use CrowdtiltOpen, said Beshara, including some major brands (he declined to disclose which ones).

“I think crowdfunding is going to be 15 percent of commerce on the web in five years — it’s going to be so massive,” Beshara told VentureBeat. “But the only way to really rip the lid off this thing it to provide accessible tools.”

Crowdtilt is based in San Francisco, Calif., and currently has 34 employees. It raised $23 million in December, bringing its total capital raised to $37 million.