Mobile game maker Pocket Gems is venturing into new territory with the release of Episode, a platform for interactive stories on mobile devices. 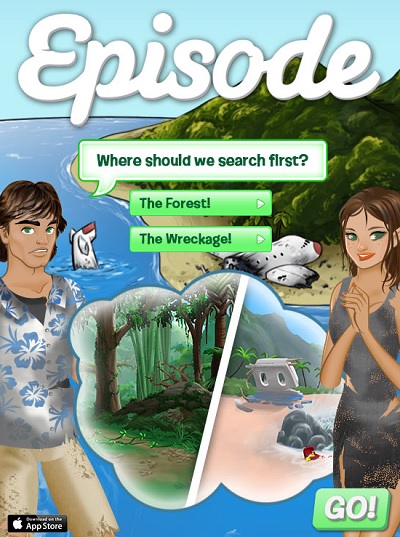 Above: A screenshot from Episode — the choice is yours.

Episode is an innovative take on providing digital content in the age of smartphones and tablets. It is part game, part animated story book, and part soap opera. If it works, it will open up a much broader entertainment market for Pocket Gems than the mobile gaming audience (itself a multibillion dollar industry, with one of its biggest players, King.com, filing for an IPO this week).

Episode presents readers a story, which isn’t that different than the Campus Life games that Pocket Gems makes. But this new venture also gives them choices, such as which door to go through, that will take the story in different directions (like the Choose Your Own Adventure books). When characters talk, little speech bubbles appear, like in a comic book.

It also presents the story in bite-sized chapters that take maybe no more than 10 minutes to read. Or play. Or whatever. You can also use Episode to create your own stories.

Episode is the brainchild of Daniel Terry, who stepped down from the CEO job at San Francisco-based Pocket Gems and handed the reins over to No. 2 executive Ben Liu in order to work on Episode.

“I felt this was worth my full attention,” Terry, now chief creative officer, said in an interview with GamesBeat. “We view this as the first mobile platform that lets people play animated stories with a limitless library of engaging, story-based content.”

The app is going live today in the Apple iTunes App Store, Google Play, and the Amazon Appstore. Early testing is producing great results, he claims. Already, those in a closed beta test have played through more than 10 million chapters.

The experience is designed to be light entertainment, like reading a comic book. Testers are reading about 300 chapters every minute.

Terry hopes that it will pave the way for Pocket Gems to set itself apart as a mobile entertainment company amid a sea of me-too developers. Pocket Gems reported its best-ever year in 2013 with $82 million in revenue, a 32 percent increase from 2012.

Its big games include Animal Voyage: Island Adventure, Campus Holiday, Paradise Cove, and others. But Episode has been a huge investment for Pocket Gems. The company has hired over 30 writers, including authors who have worked on CW’s Supernatural TV show, Marvel Comics, and the Posuer series of young adult books aimed at girls.

“It’s sort of a blend of an animated TV show and a novel,” Terry said. “It’s a new form of mobile entertainment. Like movies and TV, it is driven by stories and characters more so than gameplay.”

Terry was CEO for 3.5 years before shifting to this project.

“I had a clear vision of how this was right for me and for the company,” he said. “I am an entrepreneur at heart. This was an idea I had kicked around in my head for a while.”

The team including about eight engineers from Pocket Gems’ 175 employees, in addition to the freelance writers. They worked on the project for a year and soft-launched it a couple of months ago. The platform already has 12 stories, including one with more than 100 chapters. Writers will now be able to make their own stories.

“It’s really quite different from making a game,” he said. “We benefit from knowing how to do games. But we liked this format because it is like other entertainment. You come back to your favorite TV show because you are attached to a story or character. So this is more about creating amazing characters.” 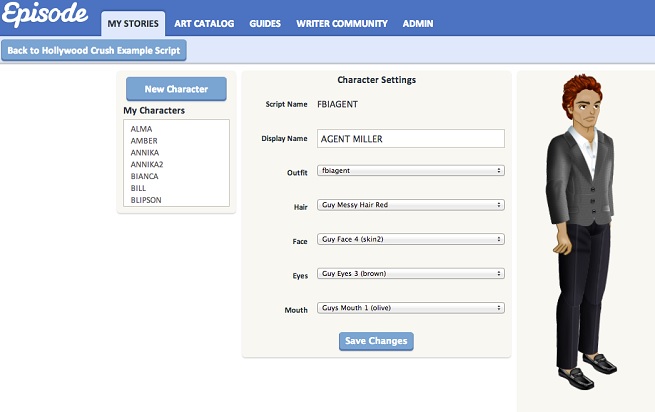