Ever since Flappy Bird creator Dong Nguyen pulled his hit game Flappy Bird from both the Apple and Android app stores, both marketplaces have received a ridiculous number of clones from developers trying to fill the void, like Flappy Crow up there.

So many knockoffs have appeared, in fact, that it seems a shame not to do anything with them. So I pulled a bunch and decided to give them awards for originality (or not). Enough are still coming out that I could do this every week, but don’t worry; I won’t. 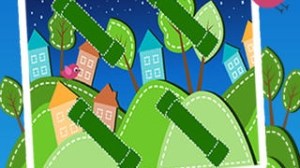 Sure, it still has a bird. And yes, it’s still avoiding pipes. But A Bird’s Life wins here for two reasons. First, because its title doesn’t follow the convention “____y ____,” and second, because it puts in a lot of effort into creating its own version of the idea. The pipes aren’t just vertical, for starters, and the whole thing has a cool stitch-work style that kind of makes you forget it’s not an original concept.

And if they’re charging $4 in the App Store, at least the developers put some work in. 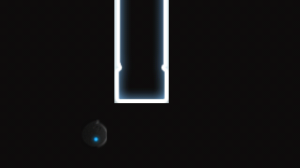 I couldn’t tell that Lonely Ghost was a Flappy Bird rip-off until I actually downloaded and played it. It wasn’t apparent from the screenshots on iTunes — although in my defense, they are pretty crappy shots — but it’s the same “tap to fly and don’t hit anything” gameplay and terrible collision detection as Flappy Bird.

But Lonely Ghost is cute; you really feel for the little guy as you get him killed (again?) over and over. His enemies: rectangles and lava. 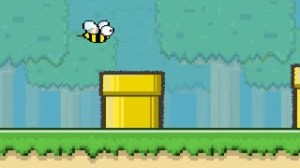 Oh, Flappy Bees. You tried. Except, no. You didn’t.

Not only did the developer of Flappy Bees not do much with the title, but it also kept the same pipes straight out of Super Mario World. But it made them yellow pipes instead of green, which would be fine except for the fact that Super Mario World also has yellow pipes.

Add in the fact that the grass and background look even more ripped out of Mario than Flappy Bird’s graphics, and Flappy Bees is an even bigger rip-off than the game it’s ripping off. 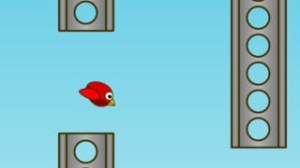 You can change the bird and put girders in instead of pipes, but we know what you did, creator of Tap Tap Flap. I mean, at least the name of the game isn’t “Flappy Burd” or something, but that’s about the only way this could feel less inspired.

Look at Lonely Ghost up there. He’s a ghost! He’s vulnerable to lava, and he’s sad. He inspires pathos. Tap Tap Flap Bird, you don’t even have a name. You’re just Not Flappy Bird.

I don’t even like Flappy Bird, and this offends me. 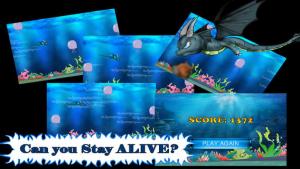 Several real-life species of animal bear the name “dragonfish.” The star of this game is none of them. He is his own beast, a proud creature neither completely dragon nor entirely fish. He’s like Robocop if Robocop had to spend his life narrowly avoiding jellyfish and was also an aquatic dragon.

I like Flappy Dragon Fish. He has enough moxie to make up for his unsettling lack of arms. 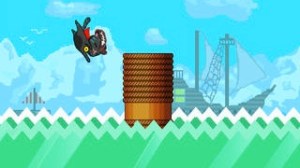 The title of this game kind of suggests that an entire suite of Flappy Cat games exist, like publisher Ubisoft’s Imagine series, which at last count contained 46 entries. But no. This is somehow the only Flappy Cat around; the developer just wants you to know upfront that he is a pirate.

I suppose the people who made Flappy Cat: Pirate know the value of giving the people what they want, and it’s possible that the only thing more appealing to the Internet than a cat is a cat who is also, somehow, a pirate. It was either that or a Flappy Cat: Zombie Ninja, and that might have broken the App Store. 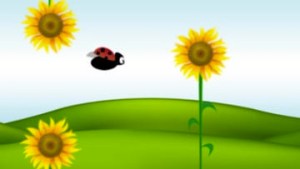 If you’re making a game based on another game about one type of animal, it’s usually a good idea to make your animal better to make your game stand out and look more awesome. The developer of Flutter Bug didn’t get that memo and instead made a game about a ladybug that immediately drops dead if it goes anywhere near a sunflower.

I can understand Flappy Bird on some level: If a bird hits a pipe going full speed, it’s in trouble. But I see ladybugs sitting on flowers all the time, and they’re alive and everything.

Wait a minute … you guys. I think video games lie to us. 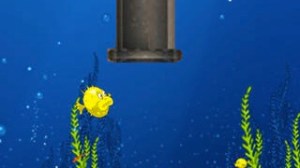 I like blowfish. I like their spines, their shape, and that ridiculous look on their faces. I especially like that they can inflate themselves to several times their normal size to scare off predators. That’s cool.

Flappy Blowfish, however, can’t do that. All he can do is swim and die. So why is he even a blowfish? He could have been Flappy Manatee for all the bearing it has on the game.