Facebook’s $16 billion acquisition of WhatsApp, the mobile messaging service, certainly said a lot about how much the social network needs to catch up in mobile. But it also pointed to a big hole in the West’s strategy to capture mobile gamers and its vulnerability to faster changes happening in the Asian games market.

Facebook had previously been trying to tackle the fast-growing messaging market with Facebook Messenger. But it had very low penetration in places in Asia. The WhatsApp deal won’t help Facebook much with Asian market share, but it might very well stop the Asians — Line, Kakao Talk, and WeChat, from taking over in the rest of the world. 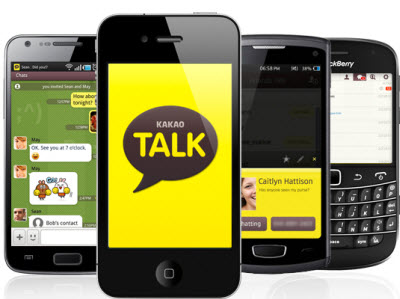 Mobile messaging networks have taken off a lot faster in Asia, where mobile phone culture is much more pervasive and the networks are speedy. Japan was No. 1 in Google Play revenue in 2013, followed by South Korea, and then the United States. Games were the top category for both downloads and spending last year on Google Play and iOS. In South Korea, Kakao Talk games dominated the list of the top apps and games. In Japan, Line dominates the list of top downloads.

These were simple messaging apps in the past, but they are morphing into social messaging apps, or platforms sitting on top of mobile platforms. And they are becoming a great way to promote games as users share their activity with their friends.

In theory, if we get the same kind of fast mobile networks in the U.S. — as folks such as Redstone Technologies and Artemis Networks are promising — then these mobile messaging networks could take off here as well. And we’ll see a very grand battle between Facebook-WhatsApp and the Asian mobile messaging companies.

So why am I talking about this in a game column? Because cute games with gifting features have taken off on the mobile messaging networks in Asia. Games are making these networks monetize extremely well, and they are making these networks spread. Now that Facebook has acquired WhatsApp, it’s time for both of those companies to figure out how to make games work on their platform, and how to make money from those games.

So far, WhatsApp hasn’t embraced games in the same way that U.S. competitor Tango has. But that could change as the company’s attention turns to making money. In South Korea, about 90 percent of Google Play revenues come from games. AppAnnie describes Japan, South Korea, and the U.S. as “app store superpowers.”

The question is whether what has taken off in Asia will take off in the U.S. and the rest of the world. There are obstacles to that. Nongamers may come to hate the game spam on these networks, much like they objected to game spam on Facebook’s desktop application over time. And the U.S. may never have the same kind of mobile culture as the Asians and Europeans do.

This discussion about games on mobile messaging networks in Asia is just a subset of the larger picture in the game business. Alina Soltys, senior analyst at the merger and acquisition consulting firm The Corum Group, pointed out in a recent talk at Casual Connect Europe that nine out of ten of the top acquisitions in the game industry last year involved Asian buyers.

Above: Line has become huge in Japan and other territories.

Asia has an advantage because it pioneered the use of free-to-play as a business model. Bedeviled for years by piracy, Asian gaming firm Nexon pioneered free-to-play, where users play for free and pay real money for virtual goods, more than a decade ago. Now, on a worldwide basis, free-to-play dominates mobile games, accounting for 93 percent of all revenues in the app stores, according to AppAnnie.

Europe isn’t as poorly positioned as the U.S. for this transition to mobile and free-to-play. It has a big mobile culture and mobile gaming leaders such as Supercell, Rovio, and a longer tradition of leadership in mobile games. And it is good for the U.S. that it still is home to platform owners such as Microsoft, Amazon, Google, and Apple.

The U.S. still has its strengths in AAA content for all platforms. The best game developers in the world have traditionally been based here, a fact acknowledged by Tencent executive David Wallerstein. But the Asian companies have been buying U.S. companies. They have been investing in great studios such as Riot Games and Epic Games. And they are learning how to become great AAA game companies. When you put that together with the trends favoring them in smartphones and tablets, mobile messaging networks, fast network speeds, and free-to-play experience, it isn’t hard to figure out who the leaders of the game business are going to be in the future.

I don’t know if games on mobile messaging networks will take off in the U.S. But if they do, then the Asians will probably be the winners.

When you look at Facebook’s acquisition of WhatsApp, it almost seems like a move to counter this inevitable trend. And $16 billion doesn’t seem like such a big price to pay for that, after all.