Venture investing in the consumer technology sector has always a predictable, geographic rhythm: a Google or Amazon bursts onto the scene in the U.S., followed quickly by Baidu in China or Flipkart in Bangalore. By contrast, that pattern never took hold in the enterprise space; you never saw, say, an EMC spring up in Moscow or a Cisco Systems in Istanbul.

All that is quickly changing with a new wave of enterprise companies from emerging countries.

Armed with open-source tools and a deep-and-getting-deeper engineering bench, these firms aren’t waiting for someone to define a problem before tackling it. Instead they’re rolling out everything from production-grade cloud environments to software for analyzing mobile traffic on the fly to spot the best customer-advertising possibilities.

As a result, we see countries that were once defined by technology services – including China, India, Russia, and Turkey – shifting to building products. Lots of them.

These companies are now looking for top-tier financing, partnerships, and customers. And they offer significant returns – but only to those who can meet them where they live. 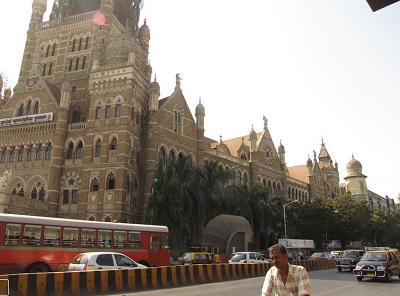 The success of enterprise-scale companies in emerging countries has its roots in two decades-long trends.

The first is the open-source movement. For more than a decade, engineers in Mumbai and Shenzhen have been able to get their hands on a leading-edge code base without spending a career at Cisco Systems or getting a graduate degree at Stanford.

Those free tools have only gotten better with time. Hadoop now provides large-scale data processing across off-the-shelf hardware. OpenStack has a production-ready, cloud-computing environment. And Valve has cracked into a completely new market with its SteamOS software for game consoles.

The second trend has been the steady, global march of the technology industry’s biggest names. As Cisco, HP, IBM, Google and others expanded their operations worldwide they trained tens of thousands of engineers to be even better open-source professionals.

From Fortress City To Bastion Of Success

The city of Saratov lies more than 500 miles outside the Russian capital of Moscow – and a world away from its 16th century roots as a fortress city that protected trade along the Volga River.

But with a population of just over 837,000, Saratov is home to some of the world’s best engineering schools and where the Intel Capital Russia team discovered what is now the world’s leading OpenStack company, Mirantis.

Founded first as a services firm, Mirantis built a reputation as being the best place to be for computer science engineers. That reputation soared when the company embraced OpenStack software. A year ago, Intel Capital became the first venture firm to take a stake in Mirantis and join its board; a few months later, the company won deals with Symantec, Ericsson, and Expedia against major enterprise players.

Today, Mirantis enjoys the success of a classic domestic startup success. It has quadrupled its OpenStack revenue since our initial investment and received additional funding – at a sizable increase in value. Mirantis also partners with the who’s who in the OpenStack space, including Red Hat and IBM.

There And Back Again

Many people come to the U.S. to find prosperity. Anukool Lakhina chose to leave.

After completing his doctorate in data analytics at Boston University in 2006, Lakhina left for Gurgaon in northern India. There he spent nearly five years working with open-source engineers trained by Google, IBM, and other big-name firms to build the core product behind his company, Guavus.

Using big-data analytics, Guavus helps the world’s leading mobile carriers – including Verizon and Sprint – set the best pricing plans for customers based on their devices and usage. Or create targeted mobile ads. Or identify which kinds of data are causing network congestion and where.

In 2011, on the heels winning a deal with Verizon Wireless, Intel Capital led the investment round into Guavus. Since then, the company’s top-line revenue has grown multi-fold on a year-over-year basis since that investment. It counts seven of the top 10 managed-service operators and three of the top four North American mobile operators, as customers.

If there is a critical lesson to be learned in the success of enterprise companies in emerging countries it is this: you have to see the deal to do the deal. In other words, you have to have eyes on the market and feet on the ground.

That lesson runs counter the typical structure of many venture firms that focus only a few miles from their front doors. Saratov is a well outside the investment boundary of many on Sand Hill Road.

But in the enterprise sector this is the kind of place where the greatest innovation is most likely to occur. Those who can find it and fund it will be in the position to make the most of the opportunity.

Dharmesh Thakker leads Cloud Software and Big Data Investments globally at Intel Capital. He can be reached at dharmesh.d.thakker@intel.com.