Only six months after Samsung released its failed Galaxy Gear smartwatch, with all the faux fanfare of a product that was supposed to change the world, the company announced its new smartwatches in the lowliest of ways: with a press release.

Samsung officially announced the Gear 2 and Gear 2 Neo smartwatches this morning, both of which seem like more of an apology for its first smartwatch than a genuine sequel. Strangely, Samsung held no press event at Mobile World Congress in Barcelona, which kicks off today.

On paper, the new smartwatches fix most of the problems with the Galaxy Gear: They’re lighter, faster, and sport better battery life than their disastrous predecessor, while keeping a few of that gadget’s basic features (like being able to see incoming calls, text messages, and notifications). But most importantly, Samsung has dumped Android in the watches for Tizen, its own open source operating system developed together with Intel and other partners. 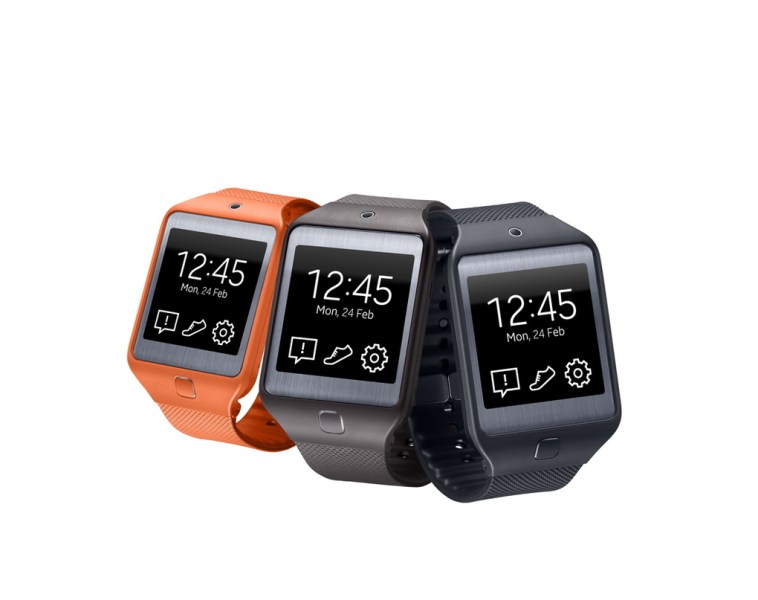 Samsung hasn’t said why it’s moving to Tizen, but I’d wager it has something to do with the difficulty of running Android on a tiny wearable gadget. The Gear 2 devices have a slightly smaller battery than their predecessor, but Samsung claims they get around two to three days of typical usage, compared to the day of usage for the original Galaxy Gear. It seems like moving to Tizen alone helped with battery efficiency.

Both Gear 2 devices look slimmer and more streamlined than Samsung’s first watch, and they now offer heartrate monitoring and a few exercise modes. The Gear 2 sports a camera on its body, rather than on the watch strap like the Galaxy Gear, while the lighter Gear 2 Neo forgoes a camera entirely.

Additionally, Samsung has landed more third-party support for its latest smartwatches, including apps from PayPal, CNN, and Garmin.

Samsung hasn’t divulged pricing details for the Gear 2 smartwatches yet, but the company says they’ll be available in April. Expect more details soon.