You’d be forgiven for not seeing much of a difference between Samsung’s Galaxy S5 and last year’s model.

Announced today, Samsung’s Galaxy S5 offers some slight improvements over the S4. After a brief first look at the phone, my impression is that Samsung seems to have fallen into a cycle of slowly building on its past smartphone success, rather than completely breaking new ground.

Where Apple typically gives us one slightly refreshed iPhone (the “S” models) for every breakthrough model, Samsung has now gone two years refining the design we first saw in the Galaxy S3. 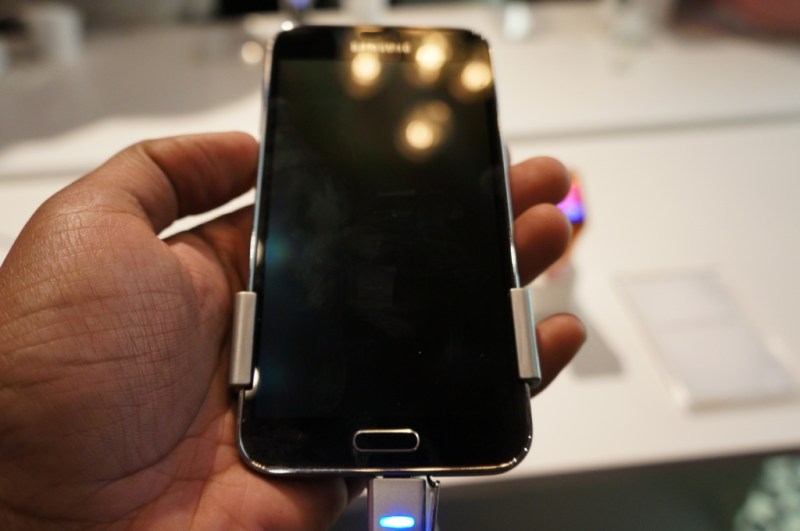 That’s not to say the Galaxy S5 is a bad smartphone — it’s just one that seems incredibly familiar, when many are looking for Samsung to show it can actually innovate for once.

Surprisingly, Samsung proved just that with a new wearable health tracker today, the Gear Fit, which looks like it could be what many want from Apple’s iWatch. 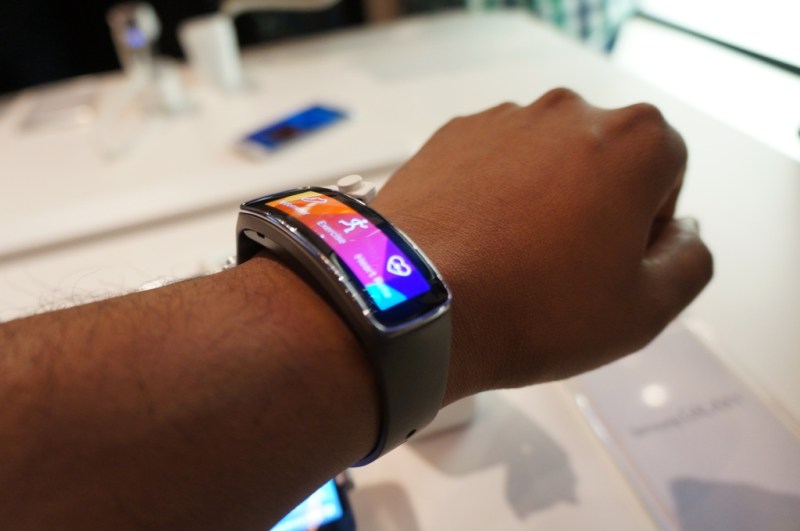 During brief hands-on time today with both gadgets, I came away slightly bored by the Galaxy S5 and impressed by the Gear Fit.

The S5 feels a lot like the S4 — it sports the same basic weight and dimensions — though its rear case feels more like the faux-leather paneling of the Note 3, rather than the glossy plastic from the S4. While I’d still much rather see Samsung move towards a metal phone design, this still feels pretty good for plastic.

Samsung recently formed a carbon fiber partnership, which could eventually replace much of the plastic it uses in its devices.

Software-wise, the S5 looks and feels just like the S4. There aren’t any big innovations in Samsung’s TouchWiz Android skin, and the company also hasn’t added any major new custom software features (which were a big part of the S3 and S4). It’s hard to notice any speed differences in the S5, since its predecessor also had a very fast processor, but I did notice that it seemed to be zippier when taking photos. Samsung noted today that it spent a lot of time improving the S5 camera’s autofocus — and it shows.

When it comes to the Gear Fit, I was somewhat shocked that it came from the same company that built the clunky and ugly Galaxy Gear. The Fit is still a bit thick, but it’s vastly slimmer and lighter than Samsung’s original Gear. With its curved display and small profile, the Fit organically feels like something from the future — a concept that Samsung tried to force on consumers with the first Gear.

I didn’t have a chance to try out the Fit’s health tracking features, but after wearing it for a few minutes it’s definitely something that I can’t wait to review in-depth.