The Dutch government paid my way to the Casual Connect Europe event in Amsterdam. Our coverage remains objective.

The United States gave gamers Call of Duty. Japan gave us Mario. Finland gave us Angry Birds. What will the Dutch game developers give us? 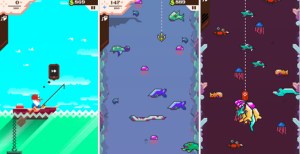 Following in the footsteps of other countries, the economic developers want to embrace game developers to get a real gaming economy going in the Netherlands. So far, the country has produced Spil Games, a maker of games for girls, and Vlambeer, the creator of the indie game hit Ridiculous Fishing. But the country wants to play a greater role in the game industry, which can jump-start startups, jobs, and a modern technological economy. It raises the question: What are the seeds for growing games?

The Dutch Prime Minister, Mark Rutte, threw his support behind GameOn, a €10 million game investment fund with the support of the Dutch Ministry of Economic Affairs. Reinout te Brake, a serial entrepreneur and the founder of iQU, a game marketing company, wants the fund to find promising entrepreneurs and push them toward commercial success in games. His job is to discover and support the next Supercell, the Finnish startup that created the monster hit Clash of Clans. 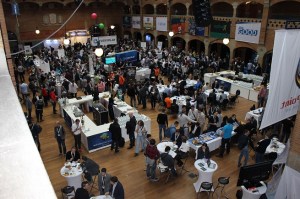 GamesBeat: What are the beginnings of what got you interested in games?

Bertholt Leeftink: We see a lot of opportunities in the Netherlands with respect to the IT industry in general and the gaming industry more specifically. What we see is a huge potential, if you look at the benefits and the business environment in the Netherlands. We have a lot of creative people. We have a lot of places with a very open society, like Amsterdam, Rotterdam, Utrecht. These are good places to be for young entrepreneurs. But what we also see is that we don’t have a big gaming industry yet.

We’re looking, with various stakeholders in the industry and some of these important departments, to see what exactly is missing in our business environment and how we can work together with entrepreneurs, business, and government and cooperate to attract foreign investors, foreign entrepreneurs, to use the opportunities we have here in the Netherlands. We think that the Netherlands and Holland is really a very attractive place for this industry. Both the applied gaming industry, which is relatively large in the Netherlands, and the entertainment gaming industry.

Jan Dexel: We see a good combination of serious gaming, which we have in the Netherlands, and a developing market for entertainment gaming. We also have specific policies on certain sectors, like creative industries – priorities, we call those — which is one of the main areas where we have a competitive advantage compared to others. Dutch design is well-known around the world, and that has a lot to do with gaming. Design is a crucial part of gaming.

GamesBeat: What have you studied from other places about how you can kickstart a game industry?

The basic thing is that if there are promising proposals, and if private capital is ready to invest at least 50 percent, under certain circumstances we’re ready to invest the other 50 percent. We want to increase the amount of capital and, as you say, kickstart entrepreneurs and venture capitalists with the funds that are available.

This industry also has a lot of young entrepreneurs, who are creative and talented, but who aren’t necessarily entrepreneurs in the broader sense of the word. We’re helping them with our networks, to support them in making their ideas into blockbusters. That’s what we want in the end. We need more than just talent. We need all these entrepreneurial skills. That’s something we stimulate and develop by bringing people together, building networks and holding matchmaking events. We have all these activities to show people that we have a lot of possibilities here in the Netherlands, and that we’re very open to helping and supporting people. 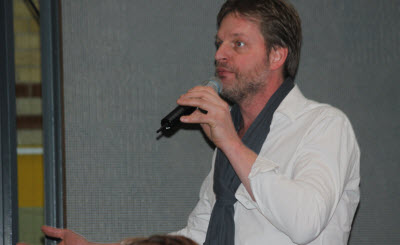 Reinout te Brake: To add to that, we’ve done quite a lot of research talking to different cities. So far, it’s been more of an export product — from Utrecht, Rotterdam, and Amsterdam separately – and so there are all kinds of pieces in place, but they need to be connected. Connecting those dots is part of the model. Because we have all these little islands, communication between developers could have been more optimized.

We could have anticipated better on things like when free-to-play kicked in full force. Developers were trained in schools – we have very good schooling, very good incubators – but they were all trained to become number one in pay-to-play games (such as with Valve’s Steam digital distribution service). That’s a completely different model. It’s less scalable, because if you do free-to-play well, you have companies that may fail on their first or second game, but if they’re agile enough, with the right mentors, they can grow. You can see all these success stories on your radar, whether it’s Kabam or Supercell or Rovio.

If you have that climate in place, then before even launching a game, it’s about entrepreneurs that investors believe in and give them a runway. They expect to have success down the line, instead of looking at the first game and saying, “We believe in that,” or “We don’t believe in that.”

GamesBeat: A lot of the game regions of the world seem like they got started in an accidental way. Game companies ended up in Seattle because of Microsoft, in Dallas because the guys who opened id Software relocated there, or in the Bay Area because of Electronic Arts. How do you marry that luck of having these people around with intentional policy to make it happen?

Leeftink: It’s not only what we see in the Netherlands. If you look at the Dutch situation, a lot of ingredients are available. It may be luck, but it may be that I’m a football fan and I love Ajax. Ajax, many people call them “lucky Ajax,” because they always score in the last 10 minutes. That’s not by accident. That’s also a quality – they have the right plays and all the ingredients are available.

That also holds for the gaming industry. We have the human talent. Dutch design is famous around the world. We have a lot of knowledge institutions. We have good entrepreneurs. We think that all the ingredients are available. All we need to do now is make a delicious meal. I’m sure you’ve been around here a couple of days and seen the city. We also have other cities like Utrecht and Rotterdam that have a good climate to bring this further. 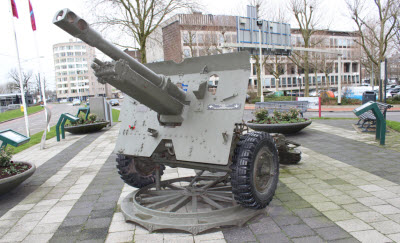 Dexel: All the ingredients are nearby. You went to Arnhem there, and you were almost already in Germany. That’s how small the Netherlands are. All the hot spots here are, in effect, a delta. We have schooling. We have VC.

te Brake: In Rotterdam, they really want to go for education. The schooling over there makes it a very good place. Utrecht has its incubator. It’s quite unique, what they have at the Dutch Game Garden. Then you have Amsterdam. Amsterdam is like Helsinki. It’s a flagship. It’s the center. That makes GameOn interesting, because we work with Amsterdam to help those companies land.

We do know that Oculus VR wants to be in Europe, for example. But where do they find a new managing director? If they can find one in Amsterdam, that would be awesome, because if they open an office there, then you get developers wanting to be close to them. They might actually locate or relocate themselves in Amsterdam. Getting companies to land in the Netherlands will drive future success.

GamesBeat: The Finnish example — is that the clearest one for you to follow? You put decades of work into this and you wind up with things like Supercell, creating thousands of jobs.

Leeftink: If you look at the results and the track record of Finland, but we do it in our own Dutch way. We have, to some extent, better capabilities. But it’s obvious that they have done a great job there, like some other countries and cities. Berlin is another example of where things are happening. We want to bring Holland to a place in Europe and the world where we’ll also become a hot spot for the game industry.

Dexel: We have a lot of similarities with Finland. If you look at the World Economic Forum, you’ll see that Finland is an innovation-driven country, like the Netherlands. A lot of things are already the same. The luck that Finland’s had could also happen quite easily in the Netherlands. It’s how you create the luck of having something like a Supercell.