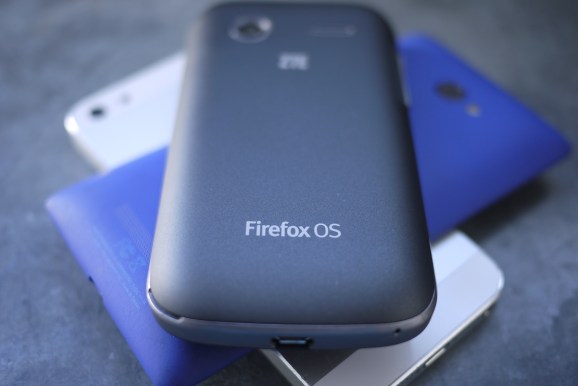 If you’re Nokia, the news that the Mozilla Foundation has developed a $25 Firefox OS smartphone for emerging markets has gotten your attention.

In those developing countries, where the biggest growth in smartphone sales is expected, some Android smartphones now go for $50 or so. Microsoft’s struggling Windows Phone platform, which Nokia adopted three years ago in place of its Symbian OS, does not work well on lower-end devices.

Alleged screenshots of Nokia’s Android offering have been floating around the Web for weeks. The move signaled that Nokia was prepared to join the Android bandwagon to compete once again in such countries as India, where Android dominates. The Finnish company’s new Asha platform is also targeted at the same low-end market.

Now Mozilla is saying it will offer a phone that comes as close to zero in pricing as any device so far, and said device runs a bevy of HTML5 apps. The phone will be made in partnership with Chinese fabless semiconductor company Spreadtrum Communications.

While the specs and observers’ reactions suggest the device might be an underpowered smartphone, Mozilla Foundation head Mitchell Baker counters that observers should think of this first model as a feature phone with power.

Avi Greengart, an analyst with industry research firm Current Analysis, is attending the Barcelona show, and he told VentureBeat that the $25 Firefox OS phone “could be extremely disruptive.”

Nokia, he noted, “is definitely going to see price pressure from Firefox OS and from plummeting Android phone pricing for the most basic models.”

Greengart also pointed to two other dynamics in play here.

“Consumers are likely to consider [the new Firefox OS phones] as feature phones,” he said, “as the app experience is limited compared to Android.”

The pending issues here: whether this more limited app experience matters to this market, and how fast Mozilla can evolve this model with higher specs, just as it is already doing with somewhat higher priced Firefox OS phones. In addition to the $25 model, Mozilla and its manufacturer partners also announced on Sunday seven higher-end Firefox OS smartphones and several tablets. Firefox OS devices are already offered in 15 markets.

The other factor: the viability of services from Nokia and the new owner of its phone division, Microsoft.

Nokia’s new Android phone will be offered with services from those two, not the usual Google ones. These will include Nokia’s Here mapping service, Mix Radio, and a Nokia app store, along with Microsoft’s Bing search engine, Skype, and Outlook mail service. Of course, carriers will also be offering phone and data service plans.

The downward plunge in prices for smartphones forecasts a day, possibly not far from now, when the actual phone may well be given away — even in emerging markets, where carrier subsidies are less common — because the services drive the business model. When that happens, Microsoft, Nokia, and Mozilla all need to have their for-pay services in order, because Google and Apple certainly do.