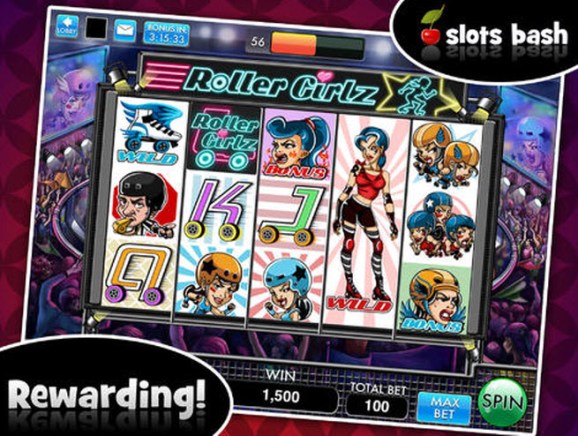 Casual game maker GSN Games said today that has agreed to acquire Bash Gaming, the maker of the hit social casino game Bingo Bash. GSN didn’t say how much it paid for the company, which has a leading social bingo game with 4.4 million monthly active users. But market analyst Eilers Research estimated the price tag was $160 million to $170 million.

That suggests that social casino games, love ’em or hate ’em, are still one of the hot sectors in gaming.

Bingo Bash has users across Facebook, iOS, Android, and the Amazon Kindle. And it will add to GSN’s own healthy social casino game business.

“This transaction will not only strengthen the GSN Games portfolio, it supports our strategy of building a diverse business, operating across all major platforms, with a broad portfolio of titles in both social casino and skill tournament genres”, said Jeff Karp, executive vice president, mobile and social games, GSN Games, in a statement. “With the Bash Gaming acquisition, we will expose our millions of social casino players to the Bingo Bash experience.”

GSN has licensed casual games such as Wheel of Fortune Slots and Deal or No Deal Slots.

“We’re excited to become part of GSN Games, one of the early pioneers in social casino who continues to lead the space today,” said Sumit Gupta, founder and CEO of Bash Gaming, in a statement. “I’m very proud of what our team has accomplished, creating the world’s No. 1 bingo game, and with this new strategic partnership, we are poised to deliver our games to millions of additional players.”

GSN Games was founded as the skill games site WorldWinner.com in 1999. It has evolved into a social, mobile, and online game company focused on casual titles. GSN Games reaches 56 million players, and it is part of the larger firm GSN (Game Show Network, which is itself owned by Sony Pictures Entertainment and DirecTV), which operates game shows and has 80 million subscribers for both its TV network and digital game sites. The deal is expected to close in mid-March, subject to regulatory approvals.

Adam Krejcik of Eilers Research wrote that GSN almost bought Bingo Bash last year, but the deal fell apart when another bidder came into the picture. When the talks failed, GSN sued Bash Gaming for contractual fraud. Over the past three months, the companies negotiated and the suit was dropped.

Bash Gaming has about 140 employees and it ranked No. 7 in the fourth quarter in revenues for social casino game publishers, Krejcik estimated. In 2013, he estimated that Bash Gaming generated $60 million to $70 million in revenues. About 42 percent of that was on Facebook, and 58 percent on mobile.