Lots of mobile games are still solitary experiences. Nextpeer wants to change that by making it simple for developers to add multiplayer play to their mobile games.

Tel Aviv, Israel-based Nextpeer has created a multiplayer software development kit (SDK) for iOS and Android so that developers can add multiplayer tournaments and other social features. The company has more than 55 million installations of games that use the SDK. Nextpeer currently supports more than 2,800 games on iOS and 200 games on Android. In these games, players can compete side by side with their friends.

“We love playing together with friends in synchronous multiplayer or asynchronously,” said Shai Magzimof, chief executive at Nextpeer, in an interview with GamesBeat at the Casual Connect Europe event in Amsterdam. “Everything is built for the developer already. They don’t have to do the coding. The result is that a simple game can be so fun just by adding multiplayer.” 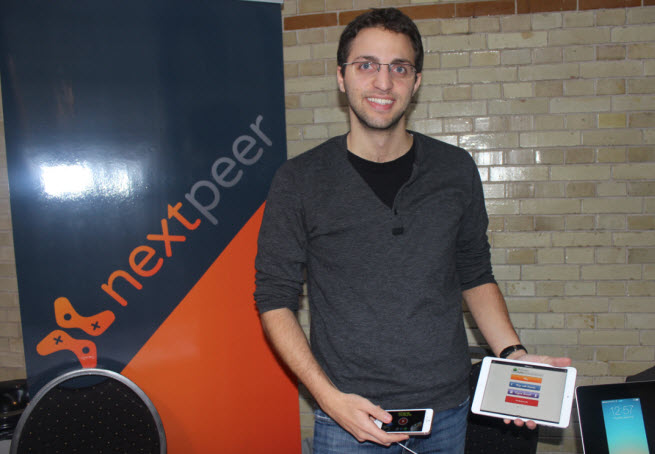 Among the features are the ability to play friends on different platforms. Nextpeer also lets you compete against a “ghost” player, or the best time that you or a friend got in a recorded previous game. And it allows players to use Facebook Connect to link with their friends. Nextpeer provides leaderboards to show who has the best scores on a daily, weekly, and all-time basis. You can share your best moments in a GameStream feed for everyone to see. It also provides analytics on the game play.

The benefit for developers is clear. People play games longer if they are engaged, and multiplayer keeps them engaged as their friends get involved. And engaging games are far more likely to monetize.

Magzimof started the company in 2011 as a social phone service. With the initial product, friends could make phone calls to each other and share activities. But most of the people simply wanted to play games together, so Nextpeer pivoted into multiplayer.

“That’s how we started Nextpeer,” he said.

A developer downloads the SDK and adds the capability to an existing game. In 15 minutes or so, the game reports the score to the server. Developers using it include Thunder Monkey, MegaRock Studios, DeadCoolApps, and DreamFab.

The SDK is free, and it can run ads. A version without ads costs $200. And Nextpeer also has an enterprise SDK that allows developer customization. Magzimof said developers can integrate the SDK using just 10 lines of code.

The company has raised $2.7 million to date, and it has 14 employees. Rivals include OpenKit (which makes it easier to make a social platform to work across platforms). Another rival was Jawfish, but that company shut down after an acquisition deal fell apart. 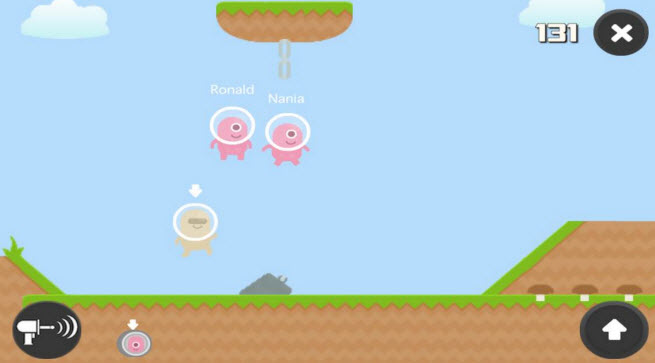 Here’s a video of Chasing Yello multiplayer play on iOS.