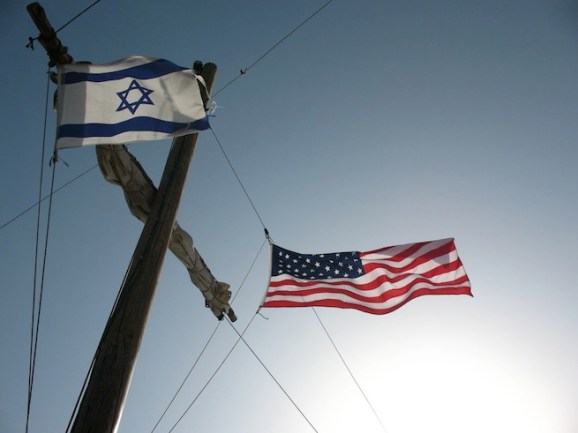 According to the Startup Genome Project, Tel Aviv ranks second in the world for the top startup ecosystem — just below startup mecca Silicon Valley.

Now the ‘Silicon Wadi’ (wadi means valley in Arabic) is creeping up on Silicon Valley in more ways than one.

Israel’s focus has traditionally been on hard technologies as opposed to creating viral consumer sensations like the Valley’s Instagram. Israeli entrepreneurs have also highlighted the traditional Israeli tendency to sell quick and small rather than building larger companies to sell big or take public. But the recent Google acquisition of Waze for $1 billion and the successful Wix IPO of last year proved exceptions to those old stereotypes.

Beyond variations in the process itself, however, one of the most startling differences lies in how the two innovation centers behave as a whole and how literally the word “community” applies to the Wadi. Instead of a purely competitive collection of individuals and companies, the Israeli tech scene is comprised of a group of interconnected young upstarts investing, mentoring, and cooperating with one another.

They aren’t building one company at a time but investing as angels in a number of startups while simultaneously building others. Even while taking one company through an impressive IPO, Wix CEO Avishai Avrahami continued to be an active supporter of other startups like Soluto. I was a seed investor in Wix and founded my fifth company just over a year ago despite successfully selling my first back in 2000. Dov Moran, the inventor of the USB flash drive, has founded three companies and is involved with a further 15 as a seed investor. One company in his portfolio is the year-old startup Comigo. Uri Levine is himself now heading up a new financial intelligence startup called FeEx less than a year after the sale of Waze, and he is also an investor in successful startups Moovit, Pixster, and Roomer.

We start and start again, and while we’re starting our own companies, we help others do the same.

This has come out of a changing perspective on the startup trajectory in Israel. Instead of making a quick sale to a foreign company and retiring to enjoy the pay day, Israeli entrepreneurs, myself included, go straight back to the bunker to start again from scratch. There is a sense that the Israeli entrepreneur is the new pioneer, who, rather than building a country, is building a startup ecosystem.

Another crucial, often unstated element to Israel’s startup success is the spirit of comradeship and collaboration behind the action of “paying it forward.” As a seed investor in more than 20 companies and a mentor to countless others, both informally and through my role on the advisory board of the Zell Program for entrepreneurs at the IDC, it is something I get to see every day and something I have benefited from myself.  Israeli tech entrepreneurs are always happy to lend a hand to fellow startups, sharing their own experience and insight and offering advice or helpful introductions. These interactions are less transactional or about concrete business deals and more about making connections between individuals who might be able to help each other out. Similarly, we try not to threaten the companies of our fellow entrepreneurs; poaching talented or impressive employees is rare. Starting from scratch time and again also means we’re constantly reminded of how difficult those initial stages can be, and there is less of a hierarchy of success than an interwoven web of perpetual beginners.

This collective helpfulness extends to foreign-born entrepreneurs as well. Gvahim is an organization run for new immigrants who arrive in Israel with professional experience and the desire to work on a startup. Their startup accelerator The Hive offers mentoring, advice, a creative working space, and networking opportunities to help entrepreneurial new immigrants grow and develop their businesses. As one of their participants Carole Karat puts it: ‘everybody is in the same boat, so we have the same objectives. We are not competitors, we are friends.’

It seems that the working environment of the Israeli startup scene dictates the terms of business for anyone who starts a business in the country, whether they were born there or not. Indeed, while many might argue that it’s something inherent in the native Israeli character that breeds a startup mentality, there are enough foreign-born entrepreneurs successfully building companies in Israel to suggest that it’s more nurture than nature that has resulted in the Israeli startup MO.

One great example is Philadelphia native Athena Karp, CEO and founder of HiredScore. Without having done military service, with no family or network of friends in Israel, Karp was nevertheless pulled into the ecosystem as one meeting on vacation with a group of young Israeli engineers led to tens of introductions and several weeks of meetings. Now an active part of the ecosystem herself, Karp holds two or three meetings a week where she pays that initial welcome forward by giving marketing, sales, and investor pitching advice to Israeli entrepreneurs. Karp brings her background in investment banking and private equity to help others tailor their products and presentations for investors.

The Israeli startup scene may be energetic and chaotic, but is also characterized by a sense of interconnection and community. We’re all aware that we’re building an ecosystem together, and that it’s more effective to help each other out than to simply compete with each other or keep our insight and resources to ourselves. In Israel, when there’s an exit, there is a palpable sense of shared happiness because it feels like a communal success.

While the energy of competition in the Valley can lead to an escalating cycle of better products and innovation, in Israel, being too competitive at this earlier stage can damage the collective for an outcome of one success story. Silicon Wadi’s greatest asset is its commitment to cooperation and the good of the whole. Perhaps Israel isn’t so far from its roots after all, and the kibbutz mentality is alive and well in the Startup Nation.

As Israel continues to mature into a tech hub that is able to compete with Silicon Valley, Israeli entrepreneurs will develop some of the characteristics — such as an appreciation for messaging and branding — that more easily describe Valley entrepreneurs.

Silicon Valley doesn’t need to build an ecosystem the same way that Silicon Wadi does. Those companies already have one. But as more startup hubs crop up around the world, Silicon Valley will have to adapt in order to compete. Paradoxically, the way to do that might be lessening the competitive spirit a little and focusing on how the immense pool of talent that is concentrated in the Valley can be leveraged to make the whole better.

Eilon Tirosh is currently chairman and co-founder of Moment.me, and veteran startup entrepreneur. Eilon has founded 5 companies, one of which – Exalink – was sold to Comverse in 2000 for $550M. He is an active seed and early stage investor, and has invested in 20 companies – most recognizably in Wix (recently taken public in the largest IPO by an Israeli internet company). He is also an active mentor to other startups. In addition to his years building companies in the Startup Nation, Eilon has also worked in Silicon Valley, giving him an insider perspective on both entrepreneurial tech hubs.