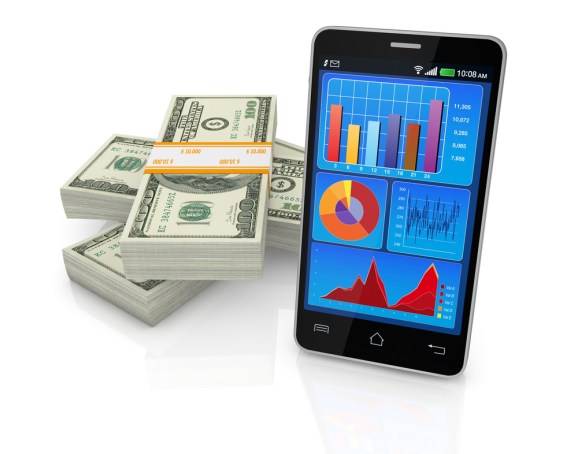 This is what happens when you ban a mobile advertising company from Facebook.

Peter Hamilton, the mobile ad executive dumped by Facebook after violating data storage agreements, has released a marketing report of the top 25 other companies occupying the mobile space.

In response to Facebook’s accusation, Hamilton acknowledged the snafu, and blamed it on a technology issue. Playhaven/Kontagent, a mobile advertising and analytics outfit with offices in San Francisco and London, was also dropped by Facebook for violating the same terms as HasOffers.

Luckily, Hamilton claims, Facebook accounted for less than one percent of his company’s revenues.

“This is definitely not a middle finger to Facebook,” Hamilton told Venture Beat by cellphone Monday from the Mobile World Conference in Barcelona. “There are lots of changes going on right now in the mobile advertising ecosystem.”

HasOffers is based in Seattle, has 144 employees and did $19 million in business last year.

The HasOffers chief went out of his way to explain that companies in the mobile space don’t need Facebook in order to grow and thrive. Hamilton apologized to Facebook and said he has since moved on from the failed relationship.

The five top companies profiled in the white paper were Google AdWords, InMobi, AdColony, AppLift and Millennial Media, in that order.

Hamilton wrote that top 25 list was compiled because “we wanted to point out the top 25 based on three equally weighted factors (Revenue Per Install, Install Volume, and Client Adoption). To be clear, this is only their size and performance related to MobileAppTracking and does not account for their business that exists on their own or other platforms. While we are the first to admit that this ranking methodology isn’t perfect, it is a strong indicator of the platforms and partners making major waves, and checking this list against market trends does suggest significant relevance.”

R “Ray” Wang, principal analyst and founder of Constellation Research, said Hamilton’s assertion that you don’t have to work with Facebook to succeed was spot on. Wang said Facebook’s user-base “is getting old. If you want to attract the 40 to 50 demographic you go to Facebook.”

“Peter Hamilton was right in his study. Totally. You don’t have to be on Facebook to be active and social. Facebook is one of many single places,” to go, Wang said.

AdColony, the mobile video advertising platform which scored the number three slot on Hamilton’s top 25 list, appears to consider Facebook a competitor. AdColony vice president Bryan Buskas pointed out that “video and social are two of the fastest growing segments in the mobile advertising space.”

Hamilton will release the report in Barcelona this morning. The full list can be viewed here.