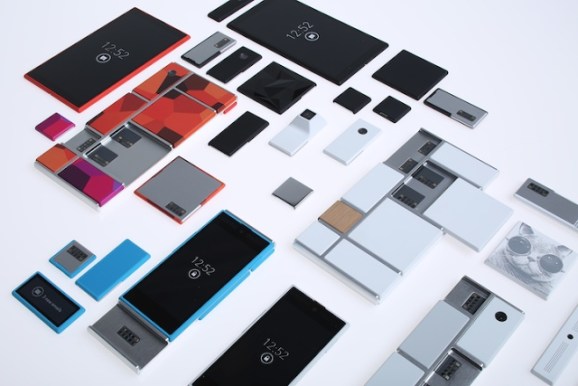 The dream of piecing together a smartphone like Lego blocks no longer seems far-fetched.

Google announced today that it will host three developer conferences this year for its Project Ara modular smartphone concept, with the first set for April 14 and 15 in Mountain View, Calif.

A holdover from Motorola’s Advanced Technology and Platforms (ATAP) group, which officially joined Google last week, Project Ara is a push to make modular smartphones a reality. Instead of buying a single, fully-constructed phone where all the components seem like a black box, the Ara project is exploring the idea of snapping phones together based on individual components.

Ara may seem far-fetched, but in a world where our smartphones seem obsolete after only a few months, the notion of upgrading components piecemeal sounds pretty enticing for techies.

This may not be a concept that gets much mainstream play, but like the ATAP group’s recently announced mobile 3D mapping effort, Project Tango, there’s plenty of value in exploring ambitious R&D projects.

Google says the first conference will center on the release of the Ara Module Developers’ Kit, which contains everything you need to create an Ara module. At the conference, Google plans to walk through planned features for Ara, take feedback from the community, and offer up prizes to module devs. The company says the first MDK will be based on a prototype specification for the Ara’s on-device communication network, while future versions will run on a more efficient technology.

Registration for the first conference is open now for $100 per ticket ($25 for students). Google will also stream the entire event online for free.