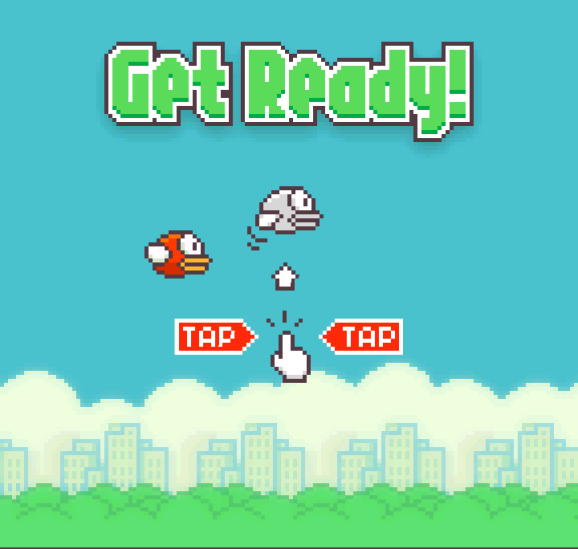 The Flappy Bird phenomenon may inspire the next generation of coders. That’s what one computer-science group is counting on.

The technology nonprofit Code.org, which works toward getting kids into computer science, is attempting to use the simple arcade-style mobile game to help with its mission. The organization offers free coding lessons, and today, it introduced an exercise on its site that invites potential programmers to make their own version of Flappy Bird.

Flappy Bird was a free mobile game on iOS and Android that inexplicably shot to the top of each store’s most-downloaded charts. After unwanted attention from gamers and the media, its creator removed it from both markets.

Code.org’s lesson uses Flappy Bird and walks beginners through a step-by-step tutorial that shows how coding works. Using simple drag-and-drop controls, it shows how if-then statements operate and how a programmer can make different things happen when a player clicks the mouse during a game.

“We use Flappy Bird to draw kids in because it immediately suggests that this is fun and unlike anything else they learn in school,” Code.org founder Hadi Partovi told GamesBeat. “Once they try it, they learn that writing code is fun because you get to solve puzzles and make things, which is a lot more fun than memorizing the Pythagorean theorem or the capital of Zimbabwe.”

I actually tried it myself and quickly got the hang of things. I was making a bird flap in no time. In less than 10 minutes, I had made my own game that you can play right here.

This Flappy Bird lesson comes right as Code.org announced that it has helped students write 1 billion lines of code.

“Without sounding too arrogant, I’d say this milestone represents that we’ve managed to change the course of education,” said Partovi. “The students have voted with their fingers that they want to learn to code. We’ve had 27 million students try this in 3 months, and they’ve written 20 times as many lines of code as in all of Windows.”

Code.org has already seen a number of teachers bring these lessons into their classrooms. That’s a big part of the organization’s goal, which wants everyone to learn how computers and software work.

“For us, the future is about bringing it to a million classrooms, and providing tutorials for every grade from kindergarten until senior year,” said Partovi.