Marketo is the most user-friendly. LoopFuse is the most recommended by current users. Act-On is often most often chosen by non-tech SMBs. And while SAS put on a strong showing as both a very user-friendly and flexible enterprise system, Hubspot took away top honors as the best all-around marketing automation system.

The massive, 1,000-plus-respondents VentureBeat marketing automation report is finally ready, and the results are not exactly what you might expect.

Now available: Get the report here. 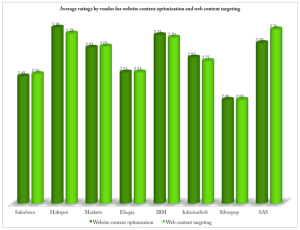 Here are just a few of the surprises:

The one constant? Massive growth.

“There’s tremendous growth, tremendous opportunity, and tremendous upheaval in this market,” report author Wendy Schuchart says. “Even after years of 50 percent industry growth, only about three percent of non-tech companies have adopted marketing automation to date. Which means there’s also a lot of uncertainty for companies about how to proceed.”

The usual marketing automation suspects ranked high in our respondents’ eyes, with Hubspot, Marketo, and Eloqua ranking near the top. Salesforce, which has been putting tremendous energy into marketing tools to complement its sales-based core, also ranked high. Enterprise newcomers such as IBM and SAS ranked surprisingly well — this is apparently not your daddy’s enterprise software. And SMB newcomers such as Act-On hit the top ten as well.

Here are the top 10 marketing automation companies, as ranked by our 1,000-plus respondents: 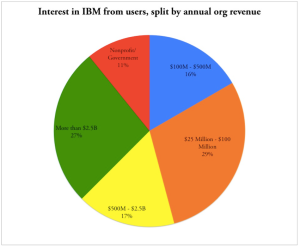 This report is one of the very first new things you’re going to see from VentureBeat — a research offering we’re calling VB Intel. The platform won’t launch until this spring/summer.

When it launches, VB Intel will deliver affordable intelligence for SMBs who need practical advice on managing their business. Thought leaders, independent analysts, consultants, and hands-on been-there done-that experts will be offering their knowledge and experience via the site.

Respondents to the survey ranked marketing automation leaders on 24 criteria, including cost, maturity, performance, reliability, and integratability. Interestingly, Silverpop ranked higher than Salesforce for integration with CRM systems, in spite of the fact that Salesforce, of course, was built around CRM.

In a recent update to his mammoth marketing automation buyers’ guide, industry analyst David Raab —  who himself is soon to be a VB Intel contributor — estimated the marketing automation industry will reach $1.2 billion by the end of 2014. That’s just in the business-to-business space, as the industry expands beyond email and web to social, paid search, and direct marketing. And, of course, as the industry grows far beyond simply catering to tech companies.

There’s plenty of room for that growth.

“We see only about 3 percent penetration in non-technology midmarket companies,” Act-On CEO Raghu Raghavan told me recently. “And the high-end of the market — above $500 million in annual revenue — is only about 20 percent penetrated.”