Trip Hawkins has raised $6.5 million in funding for If You Can, his new startup that fuses social and emotional education and gaming.

Above: Trip Hawkins, creator of If You Can, urged game developers to do good. He is making games that teach kids social and emotional intelligence.

The company’s first iPad game, If…, is now available in the form of a free first chapter on the Apple iTunes App Store. If… is an ambitious attempt to use gameplay to teach children skills in social and emotional learning (SEL) such as how to deal with bullies. If it succeeds, Hawkins said he will consider it a bigger accomplishment than creating blockbuster Madden NFL Football franchise years ago when he was at Electronic Arts, the massive video game publisher that he founded.

The funding comes from Greylock Partners, Almaz Capital, and other investors. Greylock partner David Sze will join the board of Hawkins’ company.

“I appreciated that they wanted to get involved in such a big way,” Hawkins said in an interview with GamesBeat.

Hawkins — also the founder of Digital Chocolate and 3DO — said that the game is aimed at helping kids manage difficult emotions, persevere through challenges, make healthy decisions, and show empathy and compassion. As important as all of this is, most schools don’t teach it.

If… is for kids ages 7 to 11. It’s cast as a kind of parable about empathy, and it imparts its lessons through a story about a conflict between races of cats and dogs in the imaginary town of Greenberry. The goal is to bring the two factions into harmony. IF… is a fantasy simulation/role-playing game where kids try to walk in the shoes of an animated character who has to learn how to be sensitive to other living beings and how to deal with their own powerful emotions. You start as an animal character who runs into situations that help develop it, learning to make moral choices and develop a compassionate attitude toward others. 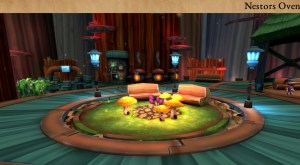 Above: If… teaches, among other things, empathy.

While the first chapter is free, subsequent chapters will require a monthly subscription fee. Hawkins believes that parents will like this better than the somewhat risky free-to-play model, where children sometimes get into trouble by spending too much real money on virtual goods. Hawkins also said that each chapter will be a few hours of gameplay, as parents don’t want games to consume an inordinate amount of a child’s time.

“We don’t want to take more than an hour a week out of the family time budget,” he said. “We now have more than enough capital to launch and continue our game as a service.”

With each new chapter, the child will learn something new related to emotional intelligence. Each chapter contains about a month’s worth of in-class lessons on SEL. In an age of a return to basics in education, SEL hasn’t been a staple in traditional curricula. But more schools are recognizing the value of SEL in an age of cyberbullying and campus shootings. Lessons include adventures like reuniting a mother with her baby.

Hawkins has received advice from social and emotional learning (SEL) experts, including Janice Toben, who taught Hawkins’ four kids at the private The Nueva School in Hillsborough, Calif., and also created the Institute for Social and Emotional Learning. Hawkins’ advisers include Toben; Roger Weissberg, CEO of CASEL.org, another SEL nonprofit; Marc Brackett and Robin Stern of the Yale Center for Emotional Intelligence; and Fred Luskin of Learning to Forgive and a consultant on dealing with stress at Stanford University.

A growing body of research supports SEL, but we have no textbook approach to getting children to pay attention to it yet.

“There’s an issue of getting the word out,” Hawkins said. “Some parents love it. Others have never heard of it.”

“Almost every school-aged kid plays games and research shows that playing video games opens the ‘learning centers’ in children’s brains,” Hawkins said. “We have brought together some of the most successful video game creators in history with national experts in SEL to harness this potential and use a game to teach children life skills to thrive both in school and out of school.” 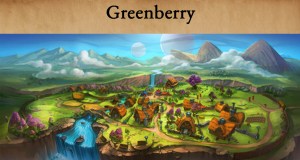 “We always look to invest in companies with a strong team and an innovative product that is solving a real problem; Trip Hawkins and the rest of the company have this in spades,” said Sze in a statement. “We are proud to be a part of the If You Can journey as they pioneer a new learning model for apps and education.”

The company is based in San Mateo, Calif., close to Draper University of Heroes, a school for entrepreneurs. But much of the development team is in London. Overall, the company has 30 employees and consultants. Hawkins said that the audience for the game is expected to be international, with a lot of inbound interest from Russia, Israel, and Asia. So far, the game is an English-only title. It uses the Unity 3D game development engine.

With the onset of former President George W. Bush’s No Child Left Behind Act of 2001, the focus in education has shifted to the basics like math, science, and reading. Budgets are smaller for other things like SEL. The police teach it through the DARE program. Churches teach a kind of SEL, but these lessons are religious in nature. SEL are secular life skills.

“If you model real-world situations for them, maybe the behavior will kick in when they are in real life,” Hawkins said.

Attitudes about SEL got a boost after Daniel Goleman published his book, Emotional Intelligence, in 1995. The cost of neglecting SEL can be serious, as the spate of school shootings and cyberbullying suicides across the country have shown us.

Pixelberry is teaching the same kind of anti-cyberbullying lessons in its own game, High School Stories. And EA is cosponsoring GlassLab, which recently released a modified classroom version of SimCity that teaches kids how to manage the environment.

Hawkins’ company’s name comes from a Rudyard Kipling poem that intones, “If you can keep your head when all about you are losing theirs and blaming it on you … .” The point is that if you embrace social and emotional learning, you’ll really become an adult.

“We believe that we can affect real world behavior,” Hawkins said. “We’ll start with the younger kids. But over time, they’ll grow up, and so can our content. I’ve spent 20 years as a parent, and I feel like this is my 20-year research project.”