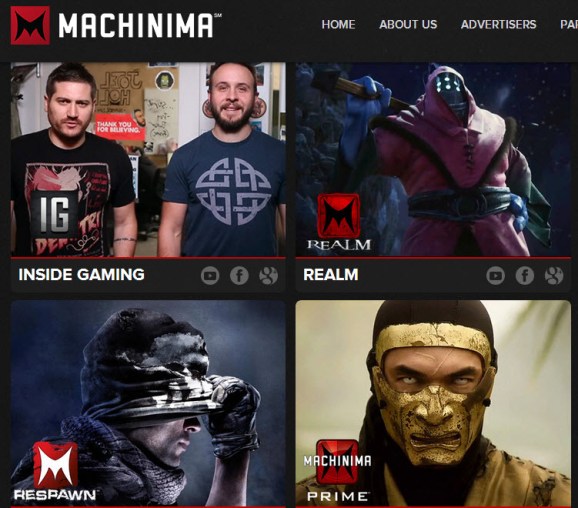 Warner Bros. is contemplating making an investment in the game-focused web video network Machinima, according to a story in the Wall Street Journal. Machinima is famous for user-generated shows about video games and talk shows such as Inside Gaming.

The movie company is reportedly considering investing $10 million to $15 million into Machinima, which had 2 billion monthly video views worldwide in December and 10,000 video partners. Popular shows include live-action shows such as Ghost Source Zero and Mass Effect: Red Sand. Most of the shows are celebrations of gamer culture in video form.

Representatives for Warner Bros. have not yet responded to a request for comment, while a spokesperson for Machinima declined comment.

The WSJ said that Machinima has been searching for a new CEO and funding for several months. In November, founder Allen DeBevoise said he was looking for a new CEO to replace him and take the company to the next level. Warner Bros. has until the end of the week to decide whether to invest.

Previously, Machinima raised $35 million in funding from Google and other investors. The WSJ said that Machinima has struggled to be profitable as a multichannel network on its own site and on YouTube. Warner Bros. has its own game holdings such as Warner Bros. Interactive Entertainment, maker of the Batman and The Lord of the Rings video games.

Machinima faces a lot of competition in game-focused video from Twitch, which livestreams video game sessions.