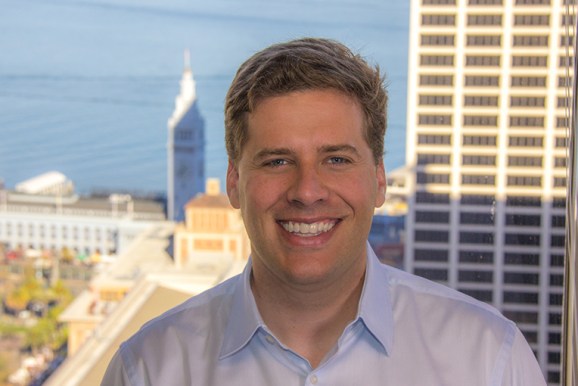 ClearSlide wants to make your sales pitches smarter by helping your team figure out what works — and most important, what doesn’t.

The San Francisco-based software company, which today announced $50 million in new financing, makes cloud-based presentation tools for sales and marketing teams. But unlike WebEx, GoToMeeting, or PowerPoint, it has all sorts of analytics capabilities built in, so salespeople (and their bosses) can see what their clients are looking at, for how long, what they’re interacting with, and so on.

“The No. 1 thing is the insights piece,” ClearSlide CEO Al Lieb told VentureBeat. “We want to be thought of us a revenue driver in our customers minds as opposed to a utility or tool.”

The company is adding new tools across its web and mobile apps, said Lieb. Earlier this week, ClearSlide launched what it’s calling a “sales engagement index.” It enables the 2,000 companies using ClearSlide to anonymously compare themselves to competitors on various metrics.

ClearSlide’s subscribers tend to be major enterprises with sizable deployments, according to Lieb (ClearSlide charges $69 per user a month). It’s racked up customers like Rackspace, Amazon, and Comcast. LinkedIn was a big customer win for ClearSlide: The company signed a three-year deal so its entire 1,500-person sales team can use ClearSlide’s tools.

“They use it both for prospecting … and they’ve heavy on the coaching piece,” said Lieb. “They do a lot of recording of pitches so managers can help coach sales folks.”

ClearSlide’s revenues swelled 2.5 times last year as it doubled its customer base, according to Lieb, who suggested the company may go public in a year or two. Lieb declined to reveal precise revenue figures.

In the more immediate future, ClearSlide intends to pour a big chunk of its fresh $50 million into data engineering efforts as well as its mobile products. It also plans to boost its sales and marketing team. ClearSlide currently has 230 employees (mostly in San Francisco, with around 20 in its New York office).

As part of the financing, The Social+Capital Partnership general partner Mamoon Hamid has joined the company’s board of directors.

“What I really like about Mamoon is he’s very passionate [about] the companies he invests in,” said Lieb. “He thinks about what can create a lot of value in the long-term.