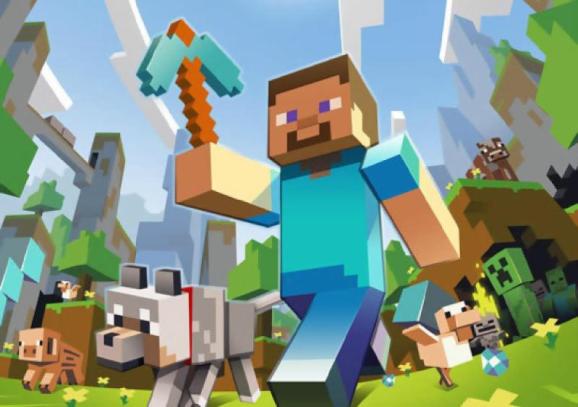 You can stack blocks. You can also stack cash. This can’t be a coincidence.

Hollywood is coming to the same conclusion now, and it has led Warner Bros. to pick up the film rights for the gaming phenomenon Minecraft from developer Mojang, according to Deadline Hollywood. The movie studio is already working with producer Roy Lee, which it previously partnered with to produce The Lego Movie, to start a live-action Minecraft adaptation. This project is already garnering interest from prospective writers and directors who want a chance to get in on the next big children’s brand. Minecraft has more than 100 million registered accounts on its website, and it is one of the best-selling games of the last few years.

Minecraft has players trying to survive a blocky landscape by collecting different resources to build and craft buildings and tools. The game often receives comparisons to Lego because some of its most avid fans use it to create amazing things like castles, space ships, or entire cities.

Since its 2009 debut, Mojang has sold more than 35 million copies of Minecraft on PC, Xbox 360, iOS, Android, and PlayStation 3. It is especially popular with kids and families.

Speaking of families, that’s the same demographic that helped The Lego Movie rack up more than $185 million at the U.S. box office, according to Box Office Mojo, since its debut earlier this month. If Warner Bros. can tap into that with a Minecraft film, it could have a pair of major children’s franchises for the future. It is already planning The Lego Movie II for 2017.

Of course, Minecraft is also a video game, and game adaptations haven’t performed well critically or financially in the past. Disney turned to Ubisoft’s platformer Prince of Persia: Sands of Time to help pick up where Pirates of the Caribbean left off, but that movie bombed in the U.S. It only made $90 million at the domestic box office, which was less than half of its $200 million budget.

That hasn’t stopped movie studios from returning to games for material. In fact, next month, DreamWorks will release Need for Speed, which is a tie-in to the Electronic Arts racing game series. It stars Breaking Bad‘s Aaron Paul, and its creators are hoping to hit the same audience as the long-running The Fast and the Furious franchise.