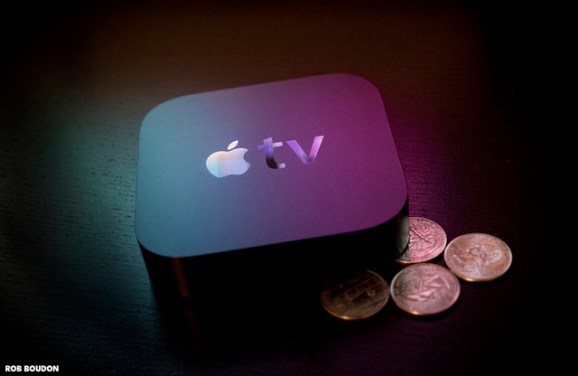 Once upon a time Apple referred to its set-top box gadget the Apple TV as a “hobby” of sorts, but times have certainly changed.

During a meeting with shareholders, the company also recently gave the Apple TV its own product page alongside iPods, iPads, iPhones, and Macs, which could be a result of the record high sales. And over the last few months, Apple has subtly hinted that its preparing something big in the TV space.

“We’re working on some things that are extensions of things you can see and some that you can’t see,” Cook said during the meeting.

Cook’s comments could basically mean anything, but Apple’s loyal fandom could easily interpret that to mean the company is preparing to launch a new version of its Apple TV in the near future. Such a move would certainly make sense. It has been nearly a year since Apple released new version, after all.

As for what a new Apple TV might include, rumors have pointed to an integrated Wi-Fi router, a TV tuner to pick up local broadcasts, and more support for iOS games.