Hope you’re feeling tolerant, because we’re gonna have to deal with a bunch of those stinking mutants later this year. 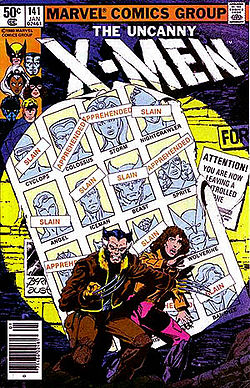 “Marvel has created some of the most revered characters of all time,” Glitchsoft founder Wes Tam said in a statement. “We are excited to work with Marvel to bring the Uncanny X-Men characters to mobile gaming. Being lifelong fans, it is an incredible opportunity and even larger responsibility to create a game that honors the property. Our goal is to deliver a mobile game that core fans will truly embrace.”

Marvel debuted the two-issue “Days of Future Past” storyline in 1981. It revealed a future Earth of 2013 where drone robots patrol the entire U.S. like a police state and hunt mutants. X-Men member Kitty Pryde, who can phase through solid materials, traveled back in time to avert the dystopia. This story has established itself as a fan favorite, and readers even voted the first half of the arc, X-Men No. 1 141, as the 25th greatest Marvel comic book issue of all time.

Glitchsoft has previously worked on games like Star Marine: Infinite Ammo, Destructopus: Total Rampage, and He-Man: The Most Powerful Game in the Universe. Its Uncanny X-Men game will likely resemble its He-Man game.

“Glitchsoft came to us with a pedigree of rock-solid game development, strong production values, and a passion for the Uncanny X-Men franchise that was impossible to ignore,” Marvel vice president of game product TQ Jefferson. “It’s these sorts of qualities that we look for in a partner, and we couldn’t be more excited to bring our version of ‘Days of Future Past’ to mobile.”