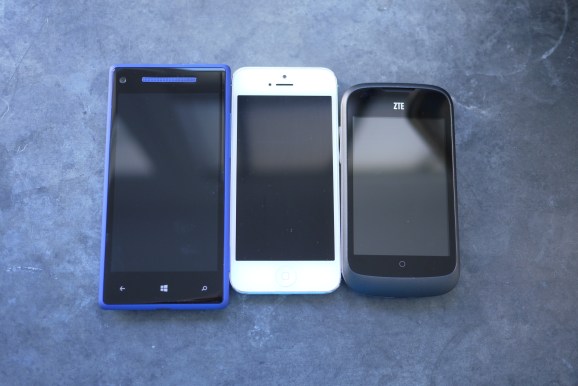 Over the years, TestFlight became a tool mobile app developers relied on. But parent company Burstly’s recent acquisition (by Apple) and termination of Android support has developers looking for alternatives.

Getting your beta to testers with ease is important. But some platforms, particularly iOS, make the process a hassle.

There are many predictions about Apple’s future plans for TestFlight. But for now we’ll focus on TestFlight alternatives for iOS, Android, and Windows developers.

HockeyApp not only helps you distribute betas, but is a complete beta testing suite.

With HockeyApp, you don’t need extra tools. It’s an all-in-one suite complete with crash reports, analytics, and feedback built in.

What’s better is that HockeyApp is available for the iOS, Android, and Windows platforms. This means easy beta testing for everyone!

One thing developers loved about TestFlight was its price. If you’re looking for a free tool and you like what HockeyApp has to offer, look no further than HockeyKit.

HockeyKit is the self-hosted, open source version of HockeyApp. If you have your own server, why not save some cash and go the DIY route?

Don’t know anything about servers? Then choose HockeyApp. The hard work’s done for you.

As you’d expect, HockeyKit has fewer features and is only available for iOS and Android apps. But if you’re looking for something free and simple, this is your tool.

Apphance describes itself as a tool that closes the feedback loop. It works over-the-air like TestFlight but has great extras like in-app feedback and bug reporting.

If you want one tool for beta users to report problems and access to detailed reports on how to fix them, Apphance will help.

Apphance is cross-platform and even works once your app is live. You can finally distribute your iOS, Android, Windows, and Unity betas with one tool.

AppBlade is like the other tools but with an added focus on security. You can secure your app beta, encrypt app data, and even completely wipe a tester’s device afterwards.

AppBlade is available for the iOS, Android, and BlackBerry.

Even though Appaloosa has a funny name, it means business. They make it easy to share betas internally or with a private group. Appaloosa targets enterprise app developers, but there’s no reason a small team couldn’t use it.

Appaloosa is also multi-platform and available for iOS, Android, and Windows devices.

Beta Builder is bare bones compared to TestFlight. As with TestFlight, you can distribute apps over the air but without a fancy interface. Unlike TestFlight, enterprise ad-hoc distribution is free. You can even limit beta testing in-house to prevent security issues.

The bad news is Beta Builder is available only for iOS apps. It also has a Mac app you can buy for an optional donation of $10.00; otherwise it’s free.

Android developers shouldn’t forget about the tool they already have.

If you’re developing an Android-only app, it may be easier to stick with the Google Play Console. The slew of built-in features and access to a pool of testers via G+ communities make beta testing simple.

With all the alternatives available choose something you’ll love for a while. Maybe Apple will improve TestFlight, bring it back to Android (doubt it), or drop it altogether. Only time will tell.

Since we can’t predict the future, consider making one of the above options your favorite app beta tool.

So what’s your favorite testing tool from the list? What alternatives are you using now?