Seven months into his tenure as chief executive of Zynga, Don Mattrick is making some bold moves.

Today, he is announcing three major mobile titles based on Zynga flagship franchises Words With Friends, FarmVille, and Zynga Poker. A month ago, he agreed to pay $527 million for NaturalMotion, the publisher of hot mobile titles like CSR Racing and Clumsy Ninja. Many executives have left the company in recent months and Mattrick is replacing them with his own picks, like chief operating officer Clive Downie.

The turnaround is a tough one, as Zynga missed big opportunities bridging the gap from social games to mobile. It turned a profit last year — but a small one. It has shed hundreds of employees, including many seasoned developers. The company is shutting its YoVille game even though it still has loyal fans. And it still isn’t anywhere near its goal of dominating the mobile charts the way it once reigned on Facebook.

But Mattrick believes that the hits will come as Zynga doubles down on five major game brands and takes more creative risks. In an interview, he reminded us that more than a billion people have played Zynga games in the past six years, including 400 million that have played FarmVille. Here’s an edited transcript of our interview. (Also see our analysis of Zynga and previews of Zynga Poker, Words With Friends, and FarmVille 2: Country Escape).

GamesBeat: From your perspective, it feels like you guys are being gutsy with some of your game-design changes. 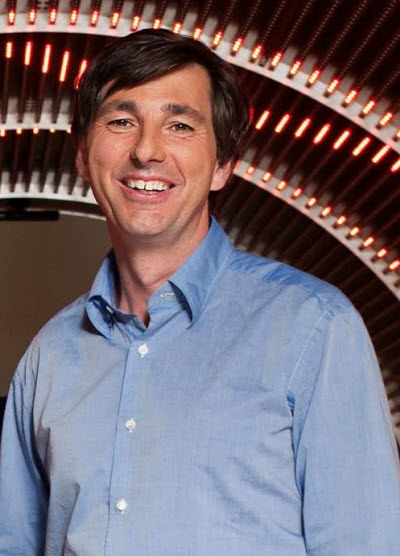 Above: Don Mattrick, CEO of Zynga.

Don Mattrick: The first thing we’re trying to do is accomplishing more progress in the passage of time. We’ve doubled down on important things that our company should be doing to support our aspirations for the business that we want to become.

We’re trying to make sure the company becomes a content leader in free to play. We’ve been building stronger teams. We’re paying more attention to consumer research. We’re spending time thinking about how our experiences are differentiated relative to the competition. We’re trying to be thoughtful about the opportunity, which is, “Hey, we should be creating experiences in categories that we know consumers love.”

As you know, in entertainment, the top 20 in any category account for more than 50 percent of the profit pools that are available. We’re fortifying, committing, and building capabilities to create hits that show up in the top 20.

We’ve created an opportunity for a company like Supercell with Hay Day by not bringing FarmVille to mobile, building an iOS and an Android version that works online and offline, building an economic model where you can have trading between the Web and mobile versions, innovating on the game design, making it performant on those mobile devices. That’s what the team’s been doing now. I’m pretty excited about it. The testing has been well-received. What did you think of it?

GamesBeat: FarmVille 2 definitely translates a lot of those improvements over to mobile. With Zynga Poker and Words With Friends, it almost seems like you guys want to disrupt yourselves before someone comes to disrupt you, especially on mobile.

Mattrick: Here’s what we’ve gotta do. We’ve gotta overdeliver value to consumers, in any product category where we are. That’s the job. As time passes, our teams get more capable. They learn more from having an audience. We get an opportunity to give two things: things that are proven, that people love, and things that are innovative, that add to the surprise and delight of the experience. Those are the things the teams are executing on. They’re doing it in a thoughtful way. 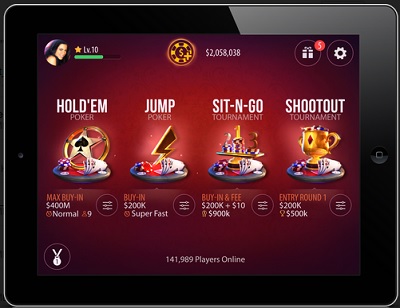 Above: The new Zynga Poker.

The good news is, from an investment standpoint, those results are showing up in our financial measures. We expect that 2014 will be a year of growth for the company. I’m pretty excited about that.

GamesBeat: One of your guys said he was excited about the creative confidence that the company now has. You’re willing to take some risks, like changing up a poker game that’s working really well.

Mattrick: From being in the entertainment space for a long time, we should be aspiring to create. We should be aspiring to be great. The more time you get to participate, the more time you get to perfect your craft. We’re adding more art, more intuition, more consumer research, and at the same time, we’re building on some of the science of running great app-scale live services. We’re blending those things together.

GamesBeat: It seems challenging to try to do that when you have a lot of executive turnover and employee downsizing as well.

Mattrick: A big part of that I’m actually pushing on and leading. I audited the management team when I joined. I asked them, “What do you do? How are you making people better? What do you want to create over the next three years?” The people who didn’t have a great answer to that question, they aren’t here anymore.

The people who are here are energized. They think it’s a privilege to create. We’ve been dealing with core issues of our business, getting our resources and capabilities allocated first on content, second on running a great set of experiences, building tools and technology, and then having our support functions be driven by world-class individuals more than large groups of people. We’ve increased accountability. We’ve made things more discrete.

I love some of the new people that we’ve brought in, like Clive Downie. He’s been doing this for 20-plus years. I had a chance to work with him at EA. He was driving Ngmoco and DeNA for the last six years in the mobile space. There are multiple examples of new people who’ve come in. They’re excited about the industry space. They have a provocative point of view. They’ve created billion-dollar successes before in multiple franchises. People are now starting to frame up what’s possible.

You probably read the King filing. Pretty amazing results. If anything, it demonstrates the accelerated growth in our category, the size of the profit pool, and the size of the opportunity that’s there. We’ve been under-indexing. We’re now closing some of that gap. We have hard work to do, but we’re making material progress each quarter.

GamesBeat: It seems like you’re always one game away from a blockbuster. How do you feel about taking more shots on goal?

We’re going to do that in two ways. We’re going to nurture proven hits, things like FarmVille, Poker, social casino, Words With Friends. And we’re going to create new ones. We’ve added what I think is the best independent creative group on the planet with NaturalMotion. Have you spent time with Torsten Reil and Barclay Deeming [of NaturalMotion]?

Mattrick: He’s the real deal. Oxford graduate, spent time studying how motion occurs, broke it down into a physics problem, a neural-learning problem, and an animation problem. He wrote tools that showed up in Lord of the Rings. He started translating that to the PC and console space. He wrote the tech pipeline that powers Grand Theft Auto, that showed up in GTA IV and V and Red Dead Redemption.

Then he started shipping mobile products. With the few at-bats that those teams have had, they’ve been able to ship things that have charted number one. They have kept all of that tools and tech expertise for exclusive use in the mobile space. That gives us a point of differentiation, an ability to create things that are important and valuable to consumers. We now have five categories — cars, people, farming, poker/casino, and Words With Friends.