Mobile’s not really the new thing anymore. And marketing automation, in spite of the fact that it is tripling annually and still unused by more than 90 percent of non-tech companies, isn’t all that new anymore either.

Mobile marketing automation, however, is certainly heating up. And yeah, it’s pretty new.

“Mobile has been the future for 10 years now,” Adam Marchick told me today. He’s the CEO of Kahuna, a mobile marketing automation company that just raised $11 million to hit the market harder.

“Around the time the iPad came out, it started coming true.”

Also, check out our GrowthBeat conference on marketing tech.

Traditional marketing automation vendors such as Silverpop — if you can use “traditional” for an industry that’s less than a decade old — are also bringing out mobile features, with Sitecore offering mobile-ready solutions for existing content and marketing strategies.

But being mobile first changes everything, Marchick says. 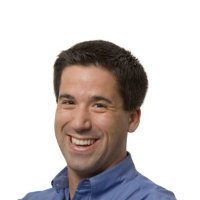 That last part, I’m sure, is at least partially tongue-in-cheek. But the key point is valid: We use many devices now, and we respond much quicker and more frequently to mobile messages such as SMS and push notifications than we do to email or other, older forms of communication.

Kahuna is interesting because it’s a mobile-first marketing automation platform that can be used for marketing anything, not just a mobile app.

The company claims that it more than doubles customer engagement, with response rates hovering around 20 percent for its push messages. Marchick says that’s because the company, which is thoroughly staffed and funded by ex-Facebookers and other fast-growing startup people with very significant growth hacker credential, knows what to send and what not to send.

“If you use LinkedIn, you probably get a lot of emails from LinkedIn — and you probably click on a lot of them,” he says. “That’s because it’s not spam, it’s useful information. It’s not about sending 10 messages. It’s about sending the best one message.”