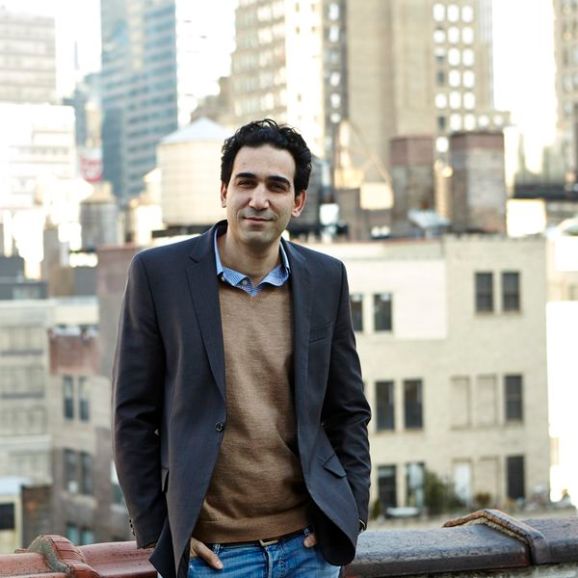 Israeli tech entrepreneurs in NYC now have a new microfund to hit up for startup money.

Tel Aviv native Eyal Bino unveiled his new microfund, Accelerant Ventures, amid the chaotic bustle of NYC this morning. He and partner Sharon Mirsky are looking to invest $500,000 up to a cool $1 million in early- to late-stage tech startups operating in the services, mobile, software, and security arenas.

With more than 200 Israeli startups in the NYC metropolitan area, the Big Apple seems like the perfect fit for Bino. The fund founder cut his IT teeth in the Israeli Defense Forces secretive Unit 8200, a signals intelligence outfit that eavesdropped on enemy communication pipelines while IDF elite units went on the offensive. Bino also worked for an e-learning startup after his compulsory army service ended.

“I figured there had to be a way to create an ecosystem here for the best startups with great technologies, to take advantage of the local community of Israeli investors and mentors here in New York and help them incubate the dream,” Bino told VentureBeat Tuesday.

Bino and Mirsky are in the process of putting the final touches of the financing together and are on track to raise a total of $5 million by June of this year. A $10 million tranche will follow in December. The NYC tech scene is rocking and rolling; and Israeli startups, venture capitalists, and private equity investors are deep in the mix. Bino assured VentureBeat there is no shortage of smart capital to be found in NYC.

This is Bino’s first fund, and he seems to be moving forward largely on connections, bravado, and everything in between.

“We just want to tell the world that we’re here and that we want to make a statement,” he said.

Israeli startups only need apply. While Bino, 38, has worked previously with IT companies across the global spectrum, it is the go-getter attitude of Israeli entrepreneurs and an eagerness to see fellow countrymen succeed in the U.S. that was part of the microfund’s impetus. The Israeli mantra that your startup only really matters if it makes it in the States applies here, Bino said.

Thus far, Accelerant is looking at several Israeli-run startups for potential investment. These include Choozer, a social and professional recruitment software-based platform; Bizzabo, a social media networking app; and Fireblade, an SaaS security tool that bundles all aspects of website security and traffic management.

To see a map of the all the Israeli IT startup’s in the Big Apple and across the Hudson River in New Jersey, check this.

Bino and his partner will tell you this: “It’s a great time to invest in Israeli startups.”

That may be the case. But another motivation for launching Accelerant was what the duo saw as a huge funding gap “between the seed and A round” for Israeli startups.

They hope this will change, and Bino pointed out a few Israeli startups that have been acquired by big American IT players as something he would like to see happening more frequently, especially for the outfits he may find himself seeding.

For example, there’s Trusteer, a software play “that helps protect organizations against financial fraud and advanced security threats” which was picked up by IBM for an undisclosed price in August. And Waze, which produces a GPS navigation aid for smartphones, was bought by Google for $1.3 billion last year.

For now, NYC is the place to be for Bino.

“Sometimes I feel more Israeli in New York City than I do in Tel Aviv,” he said.