Kickstarter is fast becoming a mainstream funding source for big video game projects. But this trend could be hurting smaller developers as they fight for attention and backers on the biggest crowdfunding site.

“If [Transformers director] Michael Bay came along and wanted to do a Kickstarter, we’d probably tell him, ‘Please don’t,'” said Kickstarter cofounder Yancey Strickler in an interview last year. “I would never want to scare the girl who wants to do a $500 lithography project, ’cause that’s why we started this thing. We think we have a moral obligation to her.”

But Kickstarter has helped 21 big video game projects each raise over $1 million in the last two years (with 12 raising over $2 million). Most of these were from veteran development teams with gravity in the industry.

So, why are these large-scale projects looking to crowdfunding sites to raise money, and is their presence squeezing out the bedroom developer who isn’t blessed with media and industry connections?

Kickstarter first embraced U.K.-based projects in October 2012, and open-world space game Elite: Dangerous was one of the big early successes. It raised $2.6 million in funding, beating its ambitious $2 million target.

David Braben co-created the original Elite — a seminal title in the early days of video games — while still an undergraduate at Cambridge University. It went on to sell around 600,000 copies across multiple platforms. Braben, the founder of development studio Frontier Developments, turned to Kickstarter to gauge demand for a new installment in the series while trying to raise money to fund what was originally a “slow-burn skunkworks type project.” 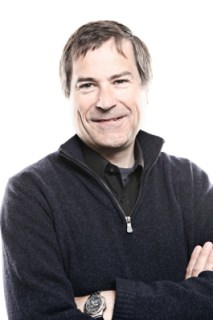 Above: David Braben, a creator of Elite.

“We were getting regular email asking about the game,” Braben told GamesBeat via email, “but we were unsure of exactly how big an audience that represented — was it just a few aficionados, or was there a viable market for the game?”

One key reason for choosing Kickstarter was that Frontier Developments could keep creative control of the project. “Several aspects of Elite: Dangerous are very innovative,” said Braben, “and it’s precisely those aspects, those differences to the ‘norm’, that will make it successful but would be perceived as risks by a publisher. We don’t think we could have placed the game with a publisher and retained the control we wanted.”

This mantra of creative freedom resonates through many Kickstarter projects.

According to Roberts, making a PC game backed by the playing community means “the game will cost less, be more creatively pure, and most important, be built for the real ‘core’ audience – not some corporate suit worried about including all the casual gamers.”

Roberts went on to raise over $15 million for Star Citizen, raising crowdfunding money on his own website long after the Kickstarter campaign had finished.

Legendary game producer Keiji Inafune, the driving force behind the Mega Man-inspired Mighty No. 9 project — which raised $3.8 million through its Kickstarter campaign — has similar thoughts on the Kickstarter model. “We have been getting the money from the fans who want this game made, but one of the big differences is there’s not the bureaucracy of publishers telling you what you have to do and what you can’t do,” he told Games Industry International.

But does this creative freedom come at a price to smaller developers? Not everyone has a ready-made fan base or the marketing know-how to pull in backers, especially first-time developers looking to the Kickstarter community for support. 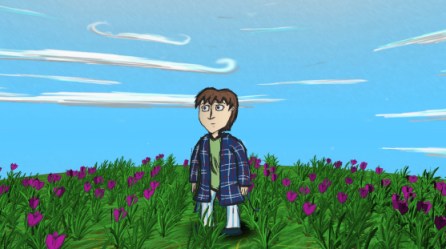 Above: James: Journey of Existence.

At the other end of Kickstarter story, away from the millions of dollars, sit projects like James: Journey of Existence, by Canadian university student Andrew Hlynka. The hand-drawn 3D game failed to reach its Kickstarter target of $5,000 earlier this year.

Hlynka turned to Kickstarter so he could bring in paid help for certain elements of the game, such as music and voice acting. He also hoped the campaign would help spread the word about James’ unique visual style.

Despite not getting funded, Hlynka appreciates the interest his campaign generated and the connections he made with the community. He has mixed feelings about the number of larger projects on Kickstarter, however.

On one hand, Hlynka recognizes the value of big industry names bringing fans to Kickstarter in the first place. “Most people would never have a Kickstarter account unless something they felt very strongly about existed there,” he told GamesBeat. “After setting an account and pledging once, they’ve walked through the door and might be willing to look at other projects.

But Hlynka is wary of the enormous goals set by larger projects. “Such goals seem enough to pay the teams to work on the project full-time,” he said, “whereas most smaller indie developers don’t have that luxury. Asking more from backers takes away [from] what they could provide to other projects, or other aspects of life, when it is questionable that [the developers] need the money at all to complete the game.”

Hlynka is also acutely aware that the quality of larger titles can make some smaller projects seem “laughable by comparison.”  He says that “ultimately,the huge number of large projects that came in January 2014 had a negative impact on attention to smaller projects like mine.”

Another small project recently saw better luck on Kickstarter. 39 Days to Mars is a cooperative survival game that New Zealander Philip Buchanan is developing. It hit its funding mark of $900 with 25 days to spare and is reaching for a $3,600 stretch goal.

As a small, relatively unknown developer, Buchanan had limited funding options. “39 Days to Mars is a small game with a tiny budget in a niche genre,” he told GamesBeat. “Bringing in external funding from a publisher often comes with strings attached, and the desire to see the game perform well commercially can mean pressure to change the style and approach of the game. This is also assuming I could find funding from another source. I’m fairly unknown as an indie developer, which makes it difficult to pitch a concept to a publisher in the first place.” 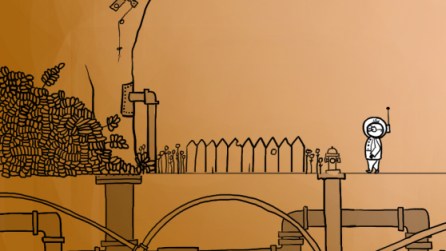 Above: 39 Days to Mars is a co-operative survival-adventure.

Buchanan is generally positive towards the trend for larger projects using Kickstarter. “At the moment I believe “big” Kickstarter campaigns are a good thing for smaller projects and for crowd funding in general,” he said.

“As a small developer reaching out to an audience, you not only have to sell your concept, but you often have to sell the idea of crowd-funding. Popular campaigns introduce large numbers of people to Kickstarter, and I would imagine that some of these go on to support more projects. Certainly, it’s easier to pitch a Kickstarter campaign to people who are familiar with the model, and while most of my backers found out about 39 Days to Mars from other websites, the majority already had Kickstarter accounts.”

He does, however, see a problem with the raised backer expectations from large, well-organized Kickstarter campaigns.

“Physical rewards have become standard for most game Kickstarters,” said Buchanan. “But between small production runs and being based in New Zealand, most options were too costly to offer. Replying to backer questions and producing regular updates may be possible for a large team, but it’s almost a full-time job for a single developer.”

Buchanan is also concerned by campaigns raising money for what seem like finished products. “This turns Kickstarter into a ‘preorder’ type of system,” he says, “and introduces a false expectation for how long it actually takes to develop a game from scratch.” 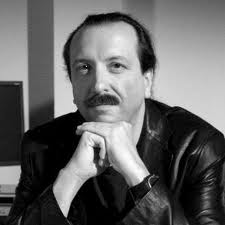 “It’s not solely for the access to capital,” said Kimmich via email, “but also to prove out, or not, concepts and to build community around them well in advance of launch. That community built through crowdfunding is easily as valuable as the revenue generated, because it is a passionate, engaged community that will be ready to carry the message of your game when you’re ready to release to a wider audience.”

Indeed, developer Playdek saw Kickstarter as a prime way of building and involving a community for its role-playing-game Unsung Story: Tale of the Guardians, which recently achieved its funding goal of $600,000.  “We saw a tremendous amount of support when we first announced this project back in September,” Playdek community manager Shyla Bragg told GamesBeat. “When we decided to develop Unsung Story for other platforms, we were looking for a way to involve this committed fan base. Kickstarter made sense because it offers so much fan engagement.”

Services like Kickstarter make “a ton of sense” for bigger developers, according to Kimmich. “They allow larger entities — publishers, and “wannabes” — to leverage their knowledge of PR, marketing, identifying an audience and then reaching it, to leverage those skills to build community and prove out concepts. Makes a ton of sense.

“Now, there may be teams or people who find this distressing, or have a philosophical objection, but that’s really nothing new either.  Media markets and distribution have a tendency to undergo consolidation, aggregation and exploitation by successively larger players. That’s just how things work.”