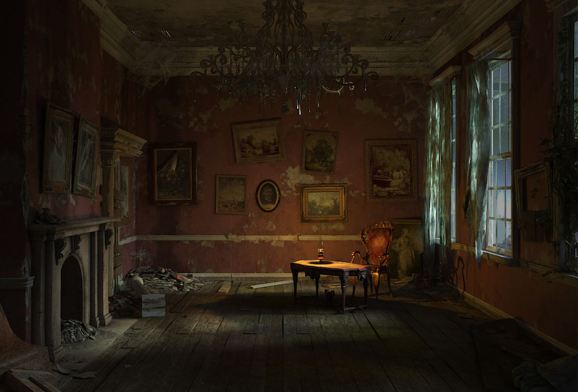 Your tablet is about to get a bit more mysterious.

Publisher Her Interactive is bringing its series of Nancy Drew PC games to tablets starting today. This morning, the company released Nancy Drew: Ghost of Thornton Hall on the iPad. It will also hit the Google Play and Amazon Kindle stores in the next few weeks. Nancy Drew is part of a popular genre that has players searching scenes for clues to solve crimes. While Her Interactive has long made those titles for PC, it is growing into a big business on mobile devices.

The Her Interactive team has gone back and optimized Ghost of Thornton Hall, which debuted on PC last year, for touchscreen devices. Gamers can download the detective puzzler for free but will have to pay $6 to continue playing after the first 60 minutes. In bringing Nancy Drew to mobile, the publisher has also reworked its development process to adjust for the future. This will ensure a better experience on tablets, but it will also circle around and eventually improve the PC games as well.

“This series is over 15 years old and 30 titles long,” Her chief executive Stuart Moulder told GamesBeat. “It’s built on fairly old 2D technology, and our games are actually fairly big [in terms of storage space required] on the PC — up to 2 gigs in the past. So when we started looking at mobile, we wanted to address that.”

Moulder felt that it didn’t make sense to ask casual gamers to download huge files on their tablet. At the same time, he wanted the development team to take full advantage of the high-definition screens like the iPad’s Retina display. That led Her to the Unity game platform, which is a popular set of development tools that is capable of producing quality visuals on nearly every modern-day platform.

“So we’ve taken all the assets from our original game that were created in 3D but then converted to 2D for the PC game, and we’ve taken those original 3D assets and we’re using those in our custom Unity-based engine for iOS,” said Moulder. “So the final product is both more compact but also supports a higher resolution.”

Her plans to use this process to bring all of its past Nancy Drew releases to mobile, but it also plans to use Unity for its future PC titles. Moulder expects that all of its games will run on this new technology in one to two years.

The publisher also recently acquired the rights to The Hardy Boys novels, and the company will start making those puzzlers with this more-efficient development process. Besides the better-looking visuals, the Unity tools enable developers to build a game once and then release it for consoles, PC, tablets, and smartphones without a lot of extra effort. That means future Nancy Drew and Hardy Boys games will likely see simultaneous releases on PC and tablet.