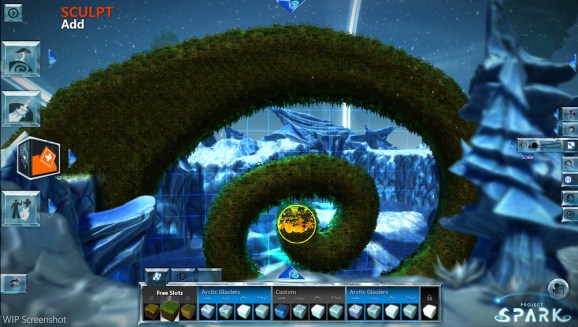 The Sculpt tool in Project Spark enables users to create their own environments and then share them with collaborators.

Building a fire requires fuel, oxygen, and heat. Building a game requires time, money, and tools. Project Spark, Microsoft’s ambitious new game-creation tool, is like handing out boxes of matches to amateur game developers and then letting them build a community bonfire and carry off torches into the night.

Project Spark is a free, versatile tool set that helps you build and edit your own games. Think of it as a shortcut for prospective developers. Starting with a fantasy-themed template, players can tweak the physics, graphics, and gameplay to make wild new creations.

We asked two of the developers on Project Spark, studio manager Saxs Persson and game designer Claude Jerome, to share with us the craziest creations that players have come up with in just two months of the Windows 8 open beta. Any of these can be downloaded, altered, and incorporated into different creations, allowing the community to remix and build on each other’s work. Nobody profits from a successful design on Project Spark, but notoriety and public acclaim are the primary incentives.

If these designs have you feeling inspired, the latest Project Spark beta hits Xbox One today. On the console, players will be able to to turn Project Spark into a motion-capture studio by recording original animations with the Kinect. With these new tools at their disposal, amateur game designers can make the gaming equivalent of a roaring fire without having to gather the wood.

Check the gallery below for the developers’ favorite user-generated creations and read more about Project Spark in our interview here. 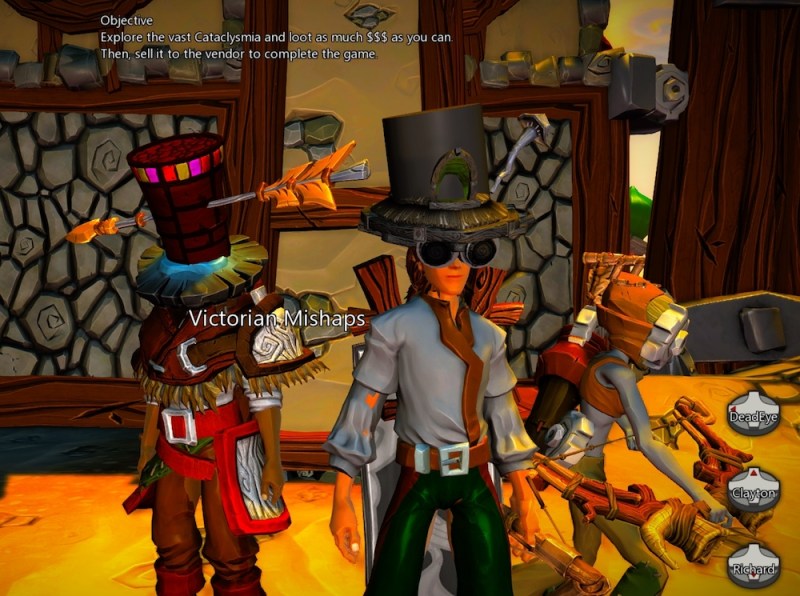 Above: Victorian Mishaps by Wertandrew2: "You’re able to switch between members of a ragtag crew of adventurers seeking gold and loot in a wild, post-apocalyptic world."